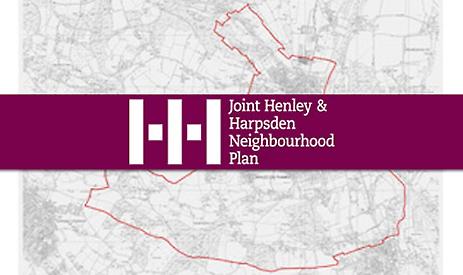 COUNCILLORS in Henley are preparing to fight after discovering the town could have to find room for more than 1,200 new homes.

They say there is simply not enough room and that the infrastructure could not cope with a population rise of more than a fifth.

The leader of the Conservative group urged councillors of all parties to “man the barricades” while the Mayor asked if blocks of flats were expected to be built on the Thames.

The figure was revealed at a public consultation event on Saturday organised by South Oxfordshire District Council, which is writing a new local plan setting out housing targets until 2033.

The figure was thought to be much lower after a document published by the council last month appeared to suggest that Henley would have to accommodate 677 new houses.

This would have been an increase of 177 on the 500 homes already agreed under the joint Henley and Harpsden neighbourhood plan, which passed a referendum last year.

But the council has now confirmed that the 677 new homes are on top of that allocation, plus another 30 units which have been granted planning permission, giving a total of 1,207.

The same principle applies to 12 larger villages in South Oxfordshire, most of which face bigger increases than expected.

In last month’s report, the council said the 677 figure for Henley was the “potential number of dwellings remaining to be delivered” and the “number of houses expected to be built in the plan period”.

It said all figures “take into account existing commitments and completions", leading town councillors and residents to conclude that the town faced a net increase of only 177 homes.

But at Saturday’s consultation, which was held at the Christ Church Centre in Reading Road, they say they received conflicting answers when they asked the council’s planning officers to confirm this.

Earlier this week, council leader John Cotton told the Henley Standard that the lower figure was correct but he later admitted making a mistake after being corrected by senior planning officer Peter Canavan. Mr Canavan said: “The figure of 677 is in addition to the 500 allocated through the core strategy and the Henley and Harpsden neighbourhood plan... a review of the current neighbourhood plan would identify how and where such new housing could be located.”

Henley town and county councillor David Nimmo Smith (Conservative) said: “The district’s original preferred option was to build zero homes at Henley, which it supported in light of transport infrastructure issues around the town.

“Henley’s medieval road network has no additional capacity and no flexibility for more homes.

“The county council’s officers will query how the policy is intended to work in practice and whether it is suitably evidence-based.

“It is frustrating that the homes allocation is decided by the district council as planning authority. The county has to do its best to deal with the highways, school places, adult social care and libraries needed to support them.

“I look forward to Henley Town Council and Henley’s three district councillors manning barricades to resist, in the strongest terms, the additional homes.

“Without additional infrastructure, the town will grind to a halt and there will be economic stagnation at best.”

Mayor Julian Brookes said: “When I realised the size of the proposed increase, I wondered how on earth they were going to fit them in - perhaps they could build Hong Kong-style blocks along the river?

“The consultation document makes clear that the figures take no account of environmental or infrastructural constraints. If you factor those in, there's absolutely no room for anything like 677 homes.

“The town council will produce a robust response and I will be asking all councillors to contribute. We need to be scientific, cool-headed and evidence-based as there's no point just shouting and screaming about it.”

“Henley has severe problems with traffic and pollution and simply cannot cope with an increase of that size.

“People will, quite rightly, be up in arms about this and must mount a really effective campaign to make sure no more homes come to Henley.”

Pam Phillips, who was mayor when the town council agreed to produce the neighbourhood plan in 2011, said: “It wasn’t clear from the exhibition how many houses were proposed.

“The officers couldn’t give a straight answer as to whether 677 was the increase or the total.

“I think 177 extra homes is bad enough but this is ridiculous. It’s just been drawn up by someone at a computer — they need to get up, visit Henley and use their eyes before making these calculations.

“We can’t widen the main roads as they’re all lined with houses and we can’t move the river. As a market town, we have limited infrastructure and would need so many more doctors and schools to cope with that increase.

“More than 80 volunteers helped to write the neighbourhood plan and we spent more than £100,000 of the taxpayers’ money on what we believed would protect Henley against unwarranted development.”

Campaigner Trevor Howell, of Blandy Road, Henley, said: “My gut feeling is that the town can't handle any additional housing and we identified as much as we could through the neighbourhood plan process.

“If we had to find sites for those homes we'd be looking at developing greenfield land, which is far from ideal as our neighbourhood plan consultations clearly showed that most people wanted to prioritise brownfield sites.

“Henley has been given a shared quota of 1,355 with Thame and Wallingford so there’s a solid possibility that we might offer some of our allocation to those towns instead.”

Kester George, chairman of Harpsden Parish Council, said he was shocked by the 677 figure.

“This whole business really is getting out of hand,” he said. “The Government should get it into their heads that they are smashing up the country’s entire social structure.

“I'm appalled at the suggestion as Henley is in a difficult geographical situation between the river and the Chilterns Area of Outstanding Natural Beauty.

“Any new development will funnel traffic into the town centre, which is already badly congested, so adding more than 600 extra homes is not good planning. Even a novice planning officer could see that.

“Nobody has said whether Harpsden would be expected to take a share of it but ripping up existing communities to meet the problems of national overpopulation is not a good strategy.

“I am at least hopeful that, as with the core strategy, the district council will see there is no additional room in Henley and we shall be responding to the consultation to that effect.”

Henley MP John Howell said: “This does not fit with what was said at the exhibition. These numbers seem extremely large and there are significant constraints to development in Henley, which I thought the district council had recognised.

“The council needs to be transparent about how it arrived at such a massive increase and I would urge everyone to respond to the consultation and object to these figures.”

Dieter Hinke, chairman of the neighbourhood plan steering group said: “I was very concerned when I first saw the figures because I thought this was a done deal.

“However, it is a long way off and people need to understand that it's a purely mathematical model at this stage. Someone has sat there with a big spreadsheet and worked it out according to a simple formula. This process is exactly what happened when the old core strategy was created between 2010 and 2012.

“It arrived at an initial figure of 750 houses but the inspector capped it at 400 because we made clear that there are severe constraints on development in the town. In fact, the district council helped us put our case together.

“It now falls to each town or village to challenge the figure and reduce it to what's realistic. It worked for us last time and we have to do it again.

“We're probably not going to get that many homes and, for all we know at this stage, we might not have to take any.

“The district council has caused a lot of confusion by not making the figures clearer. A lot of people, myself included, thought the proposed total was lower because we were wrongly told that the 677 homes included infill and windfall development, which it clearly doesn’t.

“It could also have done more to explain that the figures are provisional as there’s been a lot of unnecessary panic. In a way it doesn’t matter what the figure is — it’s how we deal with it. We aren’t Nimbies and have very good reasons why we can’t take any more.”

The council now says at least 17,050 homes are needed by 2033, or 775 per year, to meet the district’s own needs but the final total could be as high as 23,468 as there could be overspill from Oxford, where it is claimed there is a land shortage.

The new targets have been calculated by adding 15 per cent of the number of dwellings each town or village had in 2011 to their old housing target, then subtracting the number of developments completed or agreed in the past five years.

This includes neighbourhood plans which have passed a referendum but not those which are still being drafted.

The district council says the allocations for individual settlements could go up or down if there are valid planning constraints on growth or opportunities to build extra. Sonning Common has already agreed to take 195 homes under its neighbourhood plan but might now have to take an additional 169, bringing the total to 364.

Benson’s figure would not increase as it already faces hundreds more homes than expected under approved or pending planning applications.

Sonning Common parish councillor Leigh Rawlins said: “I imagine the figure will be reduced because the figures in the SHMA involve some double-counting and are being challenged.

“They’ve counted the number of new jobs alongside the expected population increase when, in fact, there’ll be some overlap between the two.

“I believe those numbers can, and should, be much lower but the district council is putting them out there in the knowledge that they’ll be knocked down to a level that’s hopefully still sufficient to meet future need.

“Our village certainly can’t take another 169 homes and I can’t imagine Henley taking such a massive increase.

“The figures need to be scrutinised and our neighbourhood plan steering group will be doing so in detail.

“We can’t extend in any direction as we would either encroach into the countryside near Peppard or take another step towards becoming part of Reading.”

Councillor Cotton said: “I do realise that there are lots of numbers flying around and trying to keep a grasp on them can be tricky but our need is our need and I think the consultation documents make that perfectly clear on close reading.

“People should not focus on the numbers themselves — what matters is that this is a consultation and we want to understand the extent of housing need in this area.

“We want neighbourhood plans to pick up on this and deliver the required numbers. Communities like Henley did an excellent job writing their plans and I’m sure they will do so again.”

The consultation is open until 5pm on May 17 and people can submit their views at www.southoxon.gov.uk/newlocalplan