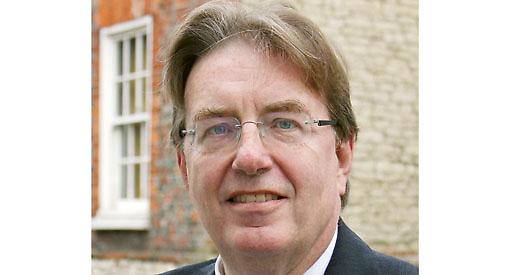 NO school in the Henley area will have its budget cut as a result of proposed changes in their method of funding, John Howell has pledged.

The Henley MP says every school in the constituency will now see its funding increase in real terms every year if the Conservatives win next Thursday’s general election.

His opponents said the Tories would still cut school budgets through other policies.

The Government says this would be fairer than the current system under which education authorities like Oxfordshire County Council calculate the amount of money each school needs. This means that similar schools in different parts of the county receive vastly different amounts.

However, after details of the new formula were announced earlier this year, it was revealed that almost every primary school in South Oxfordshire would receive up to three per cent less money. Gillotts School in Henley would have seen its budget shrink by 1.1 per cent, about £40,000, while Chiltern Edge School in Sonning Common, which is now under threat of closure following an “inadequate” Ofsted report, would have been the only secondary to benefit.

Now the Conservatives have backtracked after protests by some of their own MPs, including Mr Howell and Reading East MP Rob Wilson, who took up the issue with ministers.

The party’s manifesto states: “We appreciate that it is hard for schools receiving a higher level of funding to make cuts in order to pay for increases elsewhere, so while we will make funding fairer over the course of the parliament we will make sure that no school has its budget cut as a result of the new formula.”

This will be funded by dropping the commitment to free school lunches for every child in the first three years of primary school and instead offering free breakfasts and only giving free lunches to those from low-income families.

Mr Howell said: “I can give Henley schools the assurance that they will not lose out on two grounds: firstly, it is in the manifesto and, secondly, I have discussed it personally with the Secretary of State.

“It is a very good example of how you can get a positive result by having a constructive dialogue on the issue. The changes were being put out to consultation and the concerns we raised were a valid response to that process.

“It was ridiculous to see so many schools at risk of losing out and I made the point that there was something wrong with the ‘deprivation index’ being used to calculate the change, which was taken on board.

“I spoke with the governor of one school who said it was excellent news and that I should send a note around informing people of this, though I pointed out that it is difficult to do so in the run-up to an election.”

In December 2015 he presented a petition to Parliament signed by 592 constituents which said Oxfordshire was disadvantaged by the current arrangements.

He has described the existing model in England as “arbitrary and unfair” as the country’s best-funded areas have received grants of £6,300 per pupil on average compared with £4,200 per pupil in worse-off regions.

But when it emerged that most schools in the Henley area would lose out, he said this was “unacceptable” and pledged to put “quiet pressure” on the Government to make the new formula work in their favour.

Oliver Kavanagh, who is contesting the Henley seat for the Labour Party, said: “Labour also supports the introduction of a national schools funding formula and recognises that Oxfordshire is disadvantaged under the current system.

“However, beyond the Conservatives’ pledge we would also increase funding for schools generally. We’ve seen cuts in real terms to schools in and around Henley and this is holding pupils back and limiting their choices.

“I’ve heard of schools asking parents for money to cover shortfalls or asking children to purchase their own art materials, which is not acceptable.”

Liberal Democrat candidate Laura Coyle said: “I would stress that the Conservatives are planning to cut their free school lunch programme, which was introduced when we were in coalition.

“It took a lot of effort to get that provision up and running and it seems a shame to undo it now, particularly as the alternative breakfast programme has not been properly costed.

“I’m also against proposals to launch grammar schools, which would be a disaster for poorer pupils and a barrier to social mobility rather than giving access to a good education for all.”

Robin Bennett, the Green Party candidate, said: “It’s laughable that Mr Howell would be claiming to support education when the Conservatives endorse the wasteful academy programme, which has no evidence to back it up and is less accountable.

“Because of their illogical attachment to academies, local authorities have been stripped right back and schools often struggle to speak to anyone because so many support staff have been laid off.”

Patrick Gray, who is standing for the Radical Party, said: “This development is welcome but there remains a serious deficit in funding.

Because of increasing pupil numbers, the schools system needs £2 billion a year and at the moment we’re expecting funding per pupil to decrease over the coming years.”