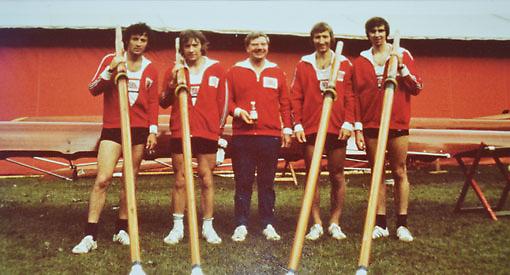 WHO has raced the most times at Henley Royal Regatta? Sir Steve Redgrave perhaps, or Sir Matthew Pinsent?

No, the answer is not one of those multiple Olympic and world champions. It’s Chris Drury, from Remenham.

“The reason I managed so many was by getting to semi-finals and finals of the Wyfold Cup and Thames Cups,” he says. “You’re doing five races if you get to a final. I reached seven so that’s 35 races.

“Rowers like Pinsent and Redgrave were usually doing events where they had only two or three races.”

Mr Drury, now 65, was also a world champion twice in the Seventies as part of the Great Britain lightweight eight. 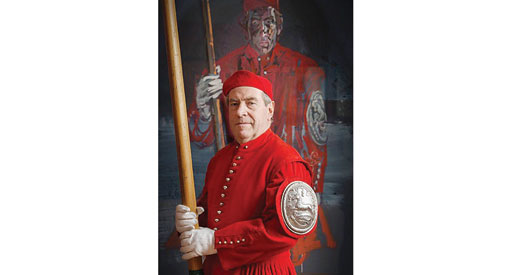 He grew up Battersea in London, where his father was a waterman and lighterman on the Thames, and first became interested in rowing when he was 12 and started at Emanuel School in Clapham.

“My father was always very keen on me ,” he says. “I passed my 11+ so it was straight to the grammar in Clapham where I started rowing.

“I joined London Rowing Club in when I was 14. I enjoyed it and would go with any crews who needed one.”

It was as a that Mr Drury first competed at Henley Royal Regatta in 1967 when he steered two crews, one in the Thames Cup and the other in the Prince Philip Challenge Cup, a coxed fours event which was scrapped in 2003.

He competed as a rower with his school in the Princess Elizabeth Challenge Cup in 1969 and 1970, reaching the final in the first year.

“I was coached by Derek Drury who went on to coach at Cambridge,” he says, “We had a similar name so whenever I saw him I would say hello and he took an interest in how I did.”

He was also part of a Leander crew that lost in the semi-final of the Wyfold Cup in 1974.

Mr Topolski, who raced the regatta course more than 70 times himself, went on to coach Oxford University Boat Club to 10 consecutive wins in the Boat Race in the Seventies and Eighties and was chief coach of Britain’s women rowers at the Moscow Olympics in 1980. He died in 2015.

The four were coached at London Rowing Club by Ron Needs, who was involved with GB Rowing for more than 30 years and passed away last year.

The crew were also helped by Peter Coni, later the chairman of Henley Royal Regatta, who saw their potential and arranged for them to race in a Karlisch boat.

In 1975 Mr Drury also won Doggett’s Coat and Badge, the oldest rowing race in the world that has taken place in London every year since 1715. Only apprentice watermen — he was apprenticed his father — are allowed to compete in the 7,400m race from London Bridge to Cadogan Pier in Chelsea.

He was awarded a watermen’s red coat with a silver badge displaying the horse of the House of Hanover and the word “” in honour of the accession of George I to the throne.

Later that year, Mr Drury’s coxless four won a silver medal at the world championships at Holme Pierrepont in Nottingham.

The following year he and Hall were part of a lightweight eight that competed in the Grand Challenge Cup at Henley. “It was an Olympic year and we lost to the crew from Thames Tradesmen that went on to win,” he says. “Even though we lost it was one of my favourite races. It set the tone and from then on everyone wanted to be part of the London lightweights.”

Just a year later, he and Topolski were part of a lightweight eight that won the Thames Cup.

The crew also included Duncan Innes, from Binfield Heath, whose son Stuart competed at the Rio Olympics, Paul Stuart-Bennett, a retired dentist, who lives in St Andrew’s Road, Henley, and Nigel Read, a retired architect from
Nettlebed. This eight went on to win gold at the world lightweight championships in Amsterdam.

The following year, Mr Drury was part of another lightweight eight that achieved the same double.

He says: “We also won the Head of the River race, which no other lightweight crew has ever done, before going on to win at Henley.”

He competed internationally in 1979, 1981, 1982 and 1985 and continued racing at Henley, representing London Rowing Club and Nautilus Boat Club.

In 1986 he competed with London Rowing Club alongside Justin Sutherland, who is now the captain and director of rowing at Upper Thames Rowing Club.

Mr Drury says: “Justin was a good athlete and was part of the crew because it was based on a 40 point per crew system and as he was 19 he didn’t cost us any points. If we had taken it more seriously I think we might have won.”

The following year was the first time he had missed the royal regatta since 1968 but he returned in 1988 when he raced with Upper Thames for the first time.

He had become a member since moving to Remenham two years before and helped with coaching.

“It was nice to keep and race at Henley,” says Mr Drury. “We were never training enough to have a prospect of winning but it was with good people.”

In 1990, aged 38, he was drafted into a London Rowing Club four competing in the Wyfold Cup.

Mr Drury recalls: “They were looking for a sub and I was asked as I knew someone in the crew. It was good fun. We had three really good races and made the semi-final.

“It included an excellent race against the Canadian national four in the quarter-final. We were level at the mile and the eighth but we won. It was one of the more exciting races I had been involved in.”

“The American crew we raced led from the start but we chased them up the course,” he says.

“We lost by half a length but everyone was excited because we raced well against a young crew. We felt like we hadn’t let ourselves down.”

After finishing competitive rowing, Mr Drury wanted to stay involved with the sport and he became a FISA umpire in 1998. He was an umpire at the London 2012 regatta at Eton Dorney lake and has also umpired at world cups and world junior championships.

“London was terrific,” he says. “I was lucky as I got to umpire the women’s pairs with Heather Stanning and Helen Glover, who won gold. I used to row with their coach Robin Williams.

“I have kept doing things with the sport because I enjoy it. I find it interesting to keep abreast of what’s going on. I still help organise the over-65s group at Upper Thames. I go to the club on Saturdays and Sundays and try to get down on Thursdays and Fridays.”

• Despite his success at Henley, there is one man who achieved more wins than Mr Drury — Guy Nickalls, who won 22 events and 60 races. His name is immortalised in the Silver Goblets & Nickalls Challenge Cup, the trophy awarded for the coxless pairs, which was donated by his father Tom in 1895 to commemorate the achievements of Guy and his other son Vivian, who won 11 Goblets between them. 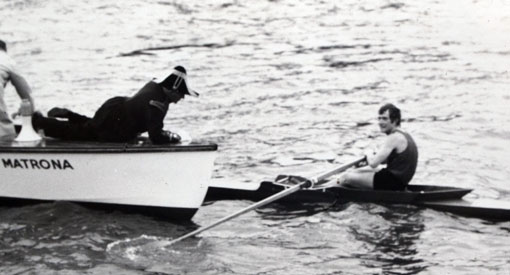