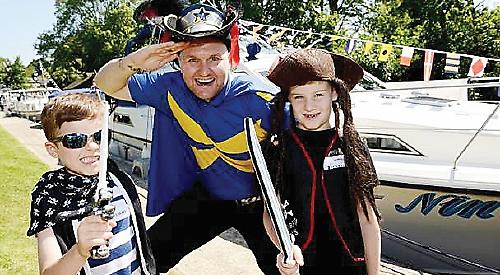 The boating day was organised by national children’s charity Starlight Children’s Foundation, which grants wishes for seriously and terminally ill children, and was hosted by the club for the fifth year running.

The day gave the children a chance to escape hospital and their treatment and enjoy some fun on the river with their families.

The guests, who all came from Berkshire and the surrounding areas, had customised their yellow Starlight T-shirts and added pirate accessories such as hats, bandanas and inflatable parrots to make sure that they looked the part.

The families enjoyed a barbecue, pirate-themed games, face painting, goofing around with Captain Starlight, a huge water fight and a boat trip along the River Thames with the Jolly Roger flying high.