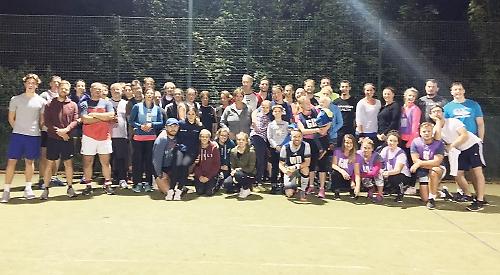 Seven teams of men and women took part in a mixed netball tournament for charity at Nettlebed Community School on Friday.

They raised more than £500 for the Sue Ryder hospice in the village.

Organiser Lou Porter said: “Thank you to Barbara Lewis for the court, Darren Hiller who came to warm up the players, Romy Painter for umpiring, Alice White for massaging the players during play and everyone who helped, played and donated raffle prizes.”