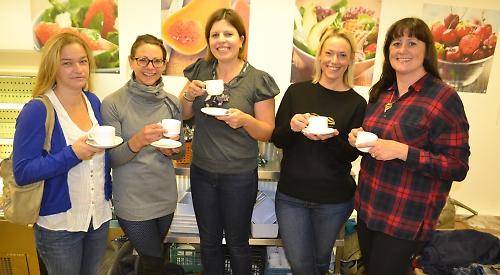 ABOUT 30 people enjoyed tea, coffee and pastries at St Mary’s School in Henley and raised more than £140.

Parents of children at the independent school in St Andrew’s Road met on Friday morning and many were seeing each other for the first time since the new term started.

Morag Broom, chairwoman of the Friends of St Mary’s School, which organised the event, said: “It went very well and we had a good turnout.

“We have done this for the last three years. I think it’s important to support charities and cancer is something we’re all affected by in one way or another.

“It was also the first opportunity we had since term started to get together.”