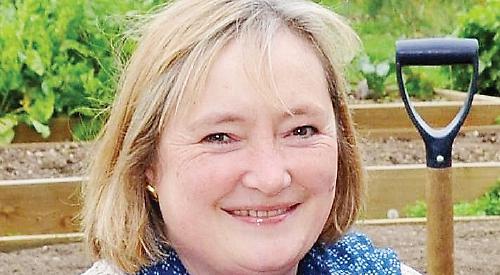 THE chief executive of a charity in Peppard has been awarded a British Empire Medal in the New Years’ honours list.

Frances Woolaway, from Caversham, has been given the honour for her work at the Ways and Means Trust, based at Manor Farm.

She was also recognised for her work in the area where she lives with the Caversham Court management committee and the Rotary Club of Reading Abbey.

Mrs Woolaway, of Winterberry Way, has worked for the charity for almost 20 years and it helps more than 60 disabled adults learning life skills each week.

She said she was shocked and surprised when the letter from the cabinet office dropped on her doorstep six weeks ago.

“It’s an honour the committee accepted my nomination to receive it,” Mrs Woolaway said.

“It’s an huge honour to be recognised for the charity and for the thing I have done in the place where I live.

Former Waterstone’s and HMV chief executive Alan Giles has also been awarded the OBE for services to British business and the economy.

Mr Giles, 63, of Shiplake, has been awarded the honour for his achievements as non-executive director of the Competition and Markets Authority.

The 63-year-old, who has held the position since 2013, was part of a team that recently investigated a “super-complaint” by Which? magazine about misleading pricing among the “big four” supermarkets, Asda, Tesco, Sainsbury’s and Morrisons.

Also on this year’s list is Hugh Laurie, who is to be made a CBE for services to drama.

The actor and jazz musician, who was born and grew up in Oxford, competed at Henley Royal Regatta three times. In 1980 he and rowing partner James Palmer were runners-up in the Silver Goblets for Eton Vikings Rowing Club.