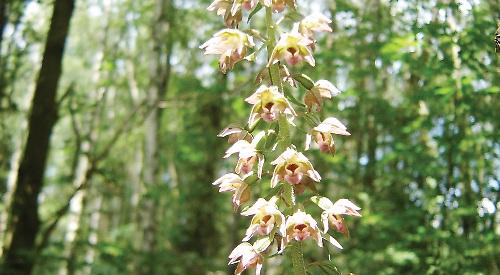 KINGWOOD Common is four to five miles to the west of Henley and is one of the most intriguing areas of “open access” land that we are able to visit and enjoy.

It is a unique place with an interesting and varied history. Many years ago it formed part of a complex of linked and open commons that stretched from Nettlebed to Rotherfield Peppard.

To the east of the common can be found pockets of the former heathland that once covered the majority of Kingwood.

Heathland is a very rare habitat in Oxfordshire and scarce in Europe as a whole so we have a true treasure here.

Heather, gorse and broom are present, grasshoppers abound and if you are lucky (or not) you may encounter an adder!

Today most of the common has been colonised by birch trees, both downy and silver but there are many oaks, aspens, beech, cherry and crab apples that are establishing themselves throughout, many originating from a wood named Burnt Platt to the north from across an old boundary.

As you explore and hopefully don't get lost in the maze of tracks at Kingwood (do take a compass and a map), you may notice the remains of concrete and brick, capped energy supplies and other bits and pieces that seem out of place. There is a reason for this.

During the Second World War, the common was used by the US Military as a prisoner of war camp for injured German troops and then later on for refugees from Poland.

All buildings are now gone and the trees are taking over, including domestic apples and pears from presumably discarded cores and pips.

Because of the relationship between birch trees and fungi, autumn walks here will reveal some fairytale (but poisonous) beauties, fly agaric in particular with its red cap and white spots.

I normally enter Kingwood from a lane next door to the former Grouse and Claret public house. Progressing along a bridleway after passing Barn Farm it is possible to spot some broad-leaved helleborines, some tutsan (hypericum androsaemum) and later as the lane dips there is a distorted old beech, once part of a hedgerow that once denoted an ancient boundary.

Arriving at Colmore Lane and taking a right turn I pass Great David’s. There is a lovely woodland grass here called Wood Melick, another indicator of ancient woodland and, if you are fortunate, you may spot a violet helleborine.

I have a quick look around the remaining heathland and then head to the Unicorn pub for a quick drink before getting the bus home. I can’t think of a lovelier day.