Festival to celebrate our military heritage 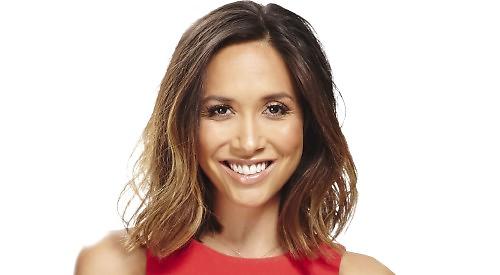 A Classical Salute will feature the Royal Philharmonic Orchestra, conducted by Stephen Bell, as well as ceremonial trumpeters, a corps of drummers and Highland bagpipers.

The evening, which will be presented by singer and pianist Myleene Klass, is part of a move by the festival to increase audience numbers on what has typically been the worst-selling night of the five-day festival.

subsidised by the rest of the festival. More than 100 performers will take to the “floating” stage on Sunday, July 12 for a programme which includes Verdi’s Grand March from Aida, accompanied by trumpeters, a band of military drummers for Ravel’s Bolero as well as uniformed pipers for Highland Cathedral by Roever.

The orchestra will also be joined by internationally acclaimed soloists, including violinist Benjamin Baker and mezzo soprano Phoebe Haines, for performances of popular greats including Rule Britannia, Bizet’s Carmen and a performance of Goodwin’s 633 Squadron.

There will also be music by Gershwin, Strauss and many others.,

The evening will end with the traditional fireworks.

Mr Mattingley, who worked on the British Military Tournament for four years at Earls Court, said: “The challenge for us is trying to make the event have wider appeal and trying to maintain the classical content with a bit of a dwindling audience.

“We want to actually arrest that and bring back a loyal classical audience.

“It would be great if it was completely self-supported and contributing to the overall product.”

The festival, which started in the early Eighties as a classical music concert, didn’t hold a classical night three years ago because of a lack of available acts so All Saints and Mel C performed on the closing night.

It made a return in 2018 with the English National Opera and after slow ticket sales initially, they picked up and 2,700 attended on the night. In 2019, 2,777 people attended the closing night when the Royal Philharmonic Orchestra also perfomed.

Mr Mattingley said the classical evening had been “overlooked” as the focus shifted to the big name artists appearing at the festival.

“We can’t lose it,” he said. “That’s why we have done something different so the festival supports a classical element.

“I think what we have come up with is pretty unusual in that it has probably not been seen in Henley before and there are elements which are somewhat experimental.

“We have faith in it and hope we can grow on the back of that and make classical much more a thing. Everybody knows it has been a bit of a challenge and I think everybody knows it needed a bit of attention but nobody gave it the kick-start. I’ve been able to say, ‘come on, guys, let’s look at this and see what we can do’.

“We’re not doing anything different with the budget, it’s purely we’re making it work harder. We’re not trying to be a Last Night at the Proms.”

Mr Mattingley discussed the plans with Stewart Collins, the festival’s artistic director, and Nigel Gray, of its classical club.

He retired from army music in 2011 after almost 40 years of service and now conducts, adjudicates and organises music events around the world.

Mr Mattingley said: “There’s an element of nauticalia with the river and we started talking about something with a military link.

“With my background with the British Military Tournament, I could draw on not only that but creative minds, which is where Graham came in. We thought it was too good an idea to waste.

“Graham was the MoD musical director for many years. His links in that world are second to none and putting him and Stewart together was a natural movement.”

Mr Mattingley said he was “excited” about the evening.

“There’s a lot of emotion there,” he said. “It’s remembrance, it’s commemoration, it’s evocative, so these are the flavour bits for me. It makes you weepy, to be honest.

“It’s an evening of entertainment, full of colour, things you haven’t seen before, a bit of surprise and a couple bits of magic that people won’t expect that will have people coming away, saying ‘that was a great night’.”

The programme was announced on Monday evening at the home of festival trustee Tony Mallin in Skirmett. Pianist Hao Zi Yoh performed at the launch, which was attended by about 50 guests.

Mr Collins said: “It’s very much on a grander scale and on a much more ambitious scale than any similar event we have done. It’s not intended to be just a concert but an event. It’s not just something the audience sit and sup up — we want them to be amazed.

“We decided to take a more theatrical approach to this, which in this case will involve the forces on stage and fabulous lighting effects and sound.

“The whole thing becomes a visual spectacle as well as a magnificent oral experience. It’s that simple element of the extra energy and colour.”

Mr Collins said he was confident the programme would boost tickets sales for that night.

“It deserves to be a sell-out,” he said. “If we can increase the audience by 15 or 20 per cent on the last two years that’s a big step in the right direction and this programme is the kind of thing that can achieve that. We want all five nights at the festival to sell out because we only have these five nights. A ticket that’s unsold is disappointing.

“The reason we’re going for this more ambitious classical programme is to appeal to audiences, who I think will be attracted by the theatre of a more ambitious event, and building the numbers if we can.

“The numbers of the classical evening have been going up and we’re aiming to continue that trajectory.

“It is an important part of the festival — we’re always told by our supporters ‘we want to keep it’. If you haven’t been to a classical concert before, this is as good as it gets.”

Tickets will be available for priority booking groups from January 29 and for the general public from February 6 at www.henley-festival.co.uk