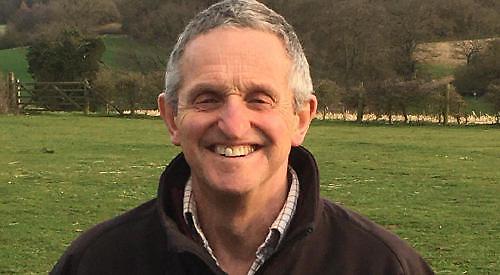 HAPPY New Year. Things can only get better. That would make a catchy tune... oh, it has already been done. Never mind, there must be other ways we can diversify our income because farming is never going to make anyone rich, especially now.

Hopefully, most of you had a wonderful spread of British produce to celebrate Christmas. Those of different faiths are catered for at other times of the year. Let’s hope people who are less fortunate than ourselves also managed to find food and shelter.

I have three wishes for 2022, mostly based on what happened last year. I always like to look back on the previous season to see what lessons can be learned. I am sure there are plenty of things we all could have done better, especially our government.

In agriculture, our biggest battle is always with the weather. It will sometimes work to our advantage but more often than not it is the make-or-break element in our business and increasingly the weather is a global influence on food production. A series of poor harvests elsewhere in the world can soon cause the prices of commodities like wheat to increase.

I have found that it is often the year when we don’t have so much to sell either. This is one such year, when global wheat yields are poor and the quality of our domestic crop was impacted by the miserable summer weather.

The price of wheat is now at an all-time high but this should not impact on the price of bread by much as it is only 11 per cent of the value of a loaf. The rest is made up by the manufacture, packaging, transport, marketing and retail parts of the food chain from field to plate.

Lessons should be learnt from this global volatility in the price of commodities. As we are only around 60 per cent self-sufficient in food in the UK, we really should have some kind of government policy on security of supplies.

So that’s my first wish for this year. If there are quick trade deals being made that may harm our home-grown producers, then they must have some sort of food security element to them.

As a member of the European Union, we were part of the Common Agricultural Policy. This was put in place to provide affordable food and help protect rural communities. While it had a long list of faults, it did achieve both of its main aims.

Now we have left the EU we have a chance to implement new schemes that better suit the UK. This comes under the devolved part of government so Wales, Scotland and Northern Ireland will all end up with something different from England.

So far, England is the only one that has already started to remove subsidies from its farmers and while we are promised something else to replace it, there is still not enough information. As far as “public money for public goods” goes, most farmers have no idea what that means.

So my second wish is for the Government to work with farmers to ensure sustainably produced, safe food, while at the same time protecting and enhancing the environment. We cannot have one without the other. In future our supply of food will definitely be under threat from global influences, including population growth and climate change.

My third wish has to be the weather. After two really difficult years, let’s have something near normal, whatever that is.

It has made a promising start with a reasonable autumn, allowing us to get all of our winter-sown crops established. What we now need is some colder weather during January and February with average amounts of rain, then warming up in March, so we can start sowing the spring crops.

For April I’d like showers and no late frosts, then a pleasant May and June with warm sunshine and some rain, preferably at night.

Oh, and while I am at it, could it be dry and sunny for harvest, but not too hot?