Craig David to sing on Thursday 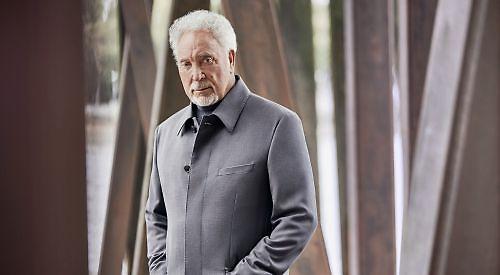 CRAIG DAVID will be among the headliners at the 40th Henley Festival this summer.

Sir Tom Jones will also return to the “floating” stage as part of the five-night event in July.

The Script will headline on the opening night in a double-header with Liz Mitchell, the original lead singer of Boney M.

DJ Pete Tong will be joined by the Heritage Orchestra and Jules Buckley for an evening of classical electronic music.

The festival will be brought to a close with an anniversary concert featuring a number of special guests, whose names will be announced later.

Chief executive Jo Bausor said: “We hope you will love this year’s line-up — there is something for everyone.”

She was speaking at launch event at Leander Club on Friday evening attended by more than 70 friends, patrons and sponsors before the line-up was made public on Monday.

Suzanne Yeates, the festival’s artist and event manager, said: “It has been a difficult year getting this all together so it’s lovely that artists wanted to perform.

“So many artists were already booked due to a backlog from the lockdowns and restrictions. It is lucky we have got such good relationships with artists. We are really pleased.”

The festival will begin on ednesday, July 6 with The Script, an Irish band comprising Danny O’Donoghue, Glen Power and Mark Sheehan.

They have had five UK number one albums and six billion streams.

Mitchell, who lives in Kidmore End, will be performing at the Festival Club on the same night.

Top of the bill on the Thursday night will be David, the 39-year-old singer and DJ who is best-known for his album Born To Do It, which was released 21 years ago and sold eight million copies.

The following night it will be the turn of Sir Tom who last performed at the festival in 2011. The Welsh superstar released his 41st album, Surrounded By Time, last year.

The Saturday night will be headlined by Tong, who will be playing tracks from the album Ibiza Classics.

A total of 6,400 tickets will be available for each night of the black-tie event, which also offers fine dining and a selection of comedy shows, art and sculpture exhibitions and quirky street theatre performers.

As is tradition, a fireworks display will close each night of the festival.

There will also be a jazz club in the Spiegel Tent, where the nightly performers will include Brother Strut, a funk and soul collective formed in Henley.

Luminosi Trees will line the banks of the Thames to create a magical “forest”. The 6ft art deco trees transform into moving patterns of light with a synchronised soundscape as the sun sets in the evening.

The Dish catering company will offer fine dining at the festival’s riverside restaurant and there will also be lots of street food vendors.

The family day at the festival will return on the Sunday with activities and performances for children of all ages.

Workshops for children will run throughout the day, with singing tips from the Henley Youth Choir and the Henley Youth Festival offering advice to young artists. The Henley Literary Festival will be holding storytelling sessions.

This year the festival has launched a new charitable initiative, Rise, with the aim of nurturing the next generation of talent. It will provide opportunities for musicians, comedians and visual artists to perform.

It will also host a work experience programme for behind-the-scenes talent for sound engineers, lighting designers and stage managers.

Mrs Bausor said: “The last two years have been devastating for the entertainment sector and we wanted to get behind emerging talent.

“It’s all very well having Tom Jones but if the lighting is bad and the sound is awful it’s not great. We need talent in those areas as well. We need to give work experience and we are starting in a small way that we are so excited about and hopefully it will grow year on year.”