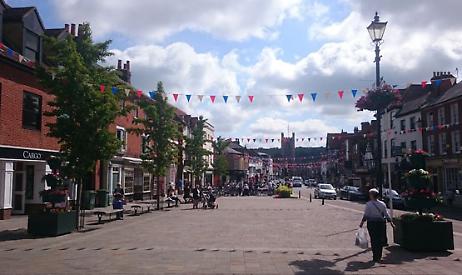 SIX police community support officers in South Oxfordshire are to be axed after their funding was withdrawn.

Thames Valley Police has confirmed that it will not make up the shortfall after the district council, which part-subsidises the roles, agreed to cut £100,000 from its contribution from April 1.

Despite several members expressing reservations, the Conservative-controlled council voted for the cut and argued that the force should meet the full cost of the officers.

There are currently 11 PCSOs covering the Henley and Watlington police sectors, with two in Henley and others working in surrounding villages including Sonning Common. Henley Town Council provides £16,200 a year for one of the town’s PCSOs, which is match-funded by the police. The cost of the other is split between the police and the district council.

The force is yet to confirm where the cuts will be made but it is feared that if Henley loses one of its PCSOs, the town’s problems with illegal parking could get worse.

There is a long-standing problem at the loading bays in Duke Street and Bell Street, which are frequently abused by shoppers using them as regular parking places.

South Oxfordshire does not have civil parking enforcement so PCSOs are responsible for issuing fixed penalty notices to drivers who break the law.

The officers can also stop and search people in authorised areas, confiscate alcohol and seize drugs as well as entering and searching premises in an emergency. They are frequently deployed to target crime hot spots and gather evidence.

Henley town, district and county Conservative councillor David Nimmo Smith said: “I’m disappointed in Thames Valley Police’s decision as it means there will be fewer officers on the street, which is a step backwards.

“It has implications for parking enforcement as there is a problem with those loading bays, which are only meant for deliveries. With fewer PCSOs, it will be harder to keep on top of that.

“I know the police are looking at ways to restructure the service and I just hope they can think of a way that will still provide a service that the community values.”

Town and district councillor Stefan Gawrysiak (Henley Residents’ Group), who had argued against the council cuts, said: “I’m hugely disappointed at this latest development but not surprised.

“Thames Valley Police only has limited resources and must allocate them wherever it thinks they will have the greatest benefit.

“The trouble is that PCSOs are based in the community and do things that ordinary residents want. They reassure the public, sort out people who are illegally parked and are a valuable resource.

“I’ve always believed that the town and district councils should contribute towards this wonderful service. I would hate to think we could have one less PCSO in Henley as a result of this.”

Joan Bland, a Conservative town and district councillor, said: “The police have all the statistics as to whether the PCSOs are needed and if they don’t believe so then that’s their decision.

“I don’t think the councils should be funding them anyway as it is a police matter.”

Supt Rory Freeman, police commander for South Oxfordshire, said: “Of course I am disappointed that the district council decided to withdraw its funding for six PCSOs across the district.

“PCSOs work closely with partner agencies, including the district council, to make communities safer and play a significant role in providing a visible and accessible police service.

“I am only too aware of the financial challenges facing our partner agencies and the police force itself but am pleased that crime levels remain low and public confidence and victim satisfaction is high.

“We will continue to have a presence within South and Vale, focusing on the areas of greatest need and consistently striving to be a modern police force which meets the needs of our communities, both now and in the future.

“We are increasing our use of technology so that officers and staff can work more efficiently and effectively across a changing policing landscape, responding to new and complex crimes such as cyber crime and modern slavery and the growth of others, including sexual offences.”

In its budget report, the district council acknowledged that having fewer PCSOs could spark a “decline in feelings of safety for elderly and vulnerable people”.