Heroines of the community no longer unsung 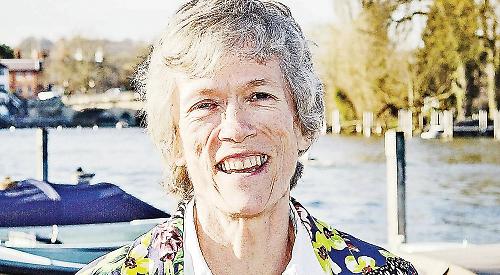 A FORMER mayor of Henley says she is flattered to have been nominated for a Sue Ryder Women of Achievement award.

ELIZABETH HODGKIN was put forward anonymously for her work with the Henley Gardening Buddies group, which she started in 2003 after the town council withdrew its funding for the town’s annual Britain in Bloom bid.

She assembled a group of volunteers and secured a £10,000 private grant to continue planting Henley’s flower beds and keep the streets tidy.

She still runs the group, which has helped the town achieve five consecutive gold awards in Britain in Bloom’s Thames and Chilterns region and to win the best town category in 2015.

Mr Hodgkin, 66, who lives in Nicholas Road with her husband Richard, said: “It’s lovely to be considered and I’m happy to support Sue Ryder as it’s a very worthwhile cause, although I don’t do these things to get awards but because I get so much out of them. It’s a very flattering gesture.

“I’m very proud that we brought Henley in Bloom back to life and think it has done a lot of good for the town. I’m the sort of person who doesn’t want to see anything dirty or out of place — I want to get involved and do something about it.”

Mrs Hodgkin, a retired administrator, was first elected to the town council as a member of Henley Residents’ Group in 2001 and served until she lost an election as an independent candidate in 2015. She was mayor in 2009/10 and again in 2012/13.

She is secretary of the Henley 60+ Club’s management committee and the Thamesfield Youth Association, which runs the Eyot Centre off Wargrave Road and used to run the old Henley youth centre. She has also run the town’s choir festival for the past eight years.

She was one of the nominees in the inaugural Women of Achievement Awards in 2006.

Miss Manning, 65, launched her business in 1984. The firm started with a single employee but now has 12 staff specialising in motor insurance, commercial policies and cover for high-value items such as jewellery, artworks, boats and aircraft. Last year she helped reverse the ailing fortunes of the Henley 60+ Club, which was facing a £5,000 shortfall in its budget, by donating £10,000.

In the Eighties she volunteered for the Samaritans, supported the Caversham Townswomen’s Guild and Caversham Rotaract Club, with which she took part in a number of fund-raising activities.

She has served as a magistrate at Reading since 1988 and has sat on a number of committees, including the bench training and development committee, which helps new magistrates ease into their role.

Along with her late father John, Miss Manning played an active role in the restoration of the Chantry House in Henley about eight years ago.

She supports Henley in Bloom by sponsoring a planter in Thames Side and has sponsored two public benches in the town.

Miss Manning, who is a parish councillor in Shiplake, where she lives, also makes a regular donation to Cancer Research UK and is a supporter of the Marlow Town Band, Dee Road Rangers Football Club in Reading and the Woodley Festival of Music.

Ms Weatherburn said: “Ann does not expect any thanks for any of the things she does, both in the community and her professional life.

“Quite often she will do something that no one will ever know about until it is perhaps mentioned by someone else. She takes a personal approach to the management of her staff and they all know if they have a problem they can discuss it with her, whether that is work-related or personal.

“She has made donations to many local committees and charities and she does this quietly and unassumingly in the background. She is one of life’s ‘nice people’ and I know a lot of people care for her immensely.”

JODI BUTLER, from Nettlebed, was nominated for organising the village’s annual summer fete for the past five years. The event, known as Party on the Rec, features live music and traditional fairground games and activities and raises money for Nettlebed Sports Association, which maintains the village recreation ground and sports pavilion.

Last year, the special guest was food writer and television presenter Mary Berry, from Henley, who judged the baking competition and presented prizes.

Mrs Butler, 35, a hair stylist who lives with her husband Michael and their children Samuel, 16, and Harvey, 13, grew up in Henley and attended Sacred Heart Primary School and Gillotts School before moving to Nettlebed in 2001.

She also runs the village’s website and Facebook page and has run a Christmas fayre at the village club for the past two years.

She said: “I enjoy being involved in community life but I really don’t think my achievements deserved a nomination, especially compared with some of the other nominees. It’s lovely to be recognised but I was shocked when I heard.

“Nettlebed is a lovely village and I always look for ways of bringing the community together. There are so many wonderful people living here and it’s nice to just come together and enjoy ourselves.”

Another category nominee is EMMA LERCHE-THOMSEN, who helped secure the future of the Chiltern Centre for disabled children in Henley by spearheading a £350,000 fund-raising campaign in 2011.

The appeal saved the centre from the threat of closure so that it could continue to provide respite care to dozens of families of disabled children and young adults.

Mrs Lerche-Thomsen, a former BBC production manager who lives in Remenham Hill with her husband Kim, moved to the area 25 years ago. The couple have two children, Sophia, 24, and Sam, 22.

She began fund-raising for the Chiltern Centre in 2009 after being inspired by the help it gave to her friend Susan Fotherby, from Wallingford, who has a disabled daughter.

Along with her friend Annie Abbey-Quinn, from Sonning Common, she organised an “ice ball” at Phyllis Court Club in Henley which raised £55,000. It was hosted by TV presenter Philip Schofield, who lives in Fawley, and featured an ice rink.

She was then employed as the centre’s fund-raiser for several years and still works for the charity on a freelance basis alongside other charities including the Riverside Counselling Service in Henley.

She said: “When the Chiltern Centre was in trouble we were determined not to allow it to close. It was a significant amount of money to raise but of course I didn’t do it single-handedly. There was a big team of friends, colleagues and family members. I think it showed just how much the community valued it.

“It was a pleasure to be involved because Henley is the most generous community I know. People are amazing at giving their support and it really warms my heart to see the town get behind these causes.

“I’m surprised and humbled to be nominated. There are some incredible women in this category who’ve made a real impact on other people’s lives and I’m honoured to be included in that group.”

DEBBIE HEMMINS, who has managed a community day nursery in Watlington since 1984, was nominated by resident Sara Sheppard.

Mrs Hemmins co-founded Rainbow Corner, which is based at the Anne Brown Centre in Love Lane, with Maureen Walker.

It is run as an affordable service for the town and surrounding villages and has received several “outstanding” or “good” Ofsted reports.

In 2000, Mrs Hemmins led a £65,000 appeal to refurbish the centre, which the nursery had outgrown, through fund-raising and grant applications.

In 2010, she joined forces with parents and staff to raise money for an extension for a garden playroom, milk kitchen and more storage.

Mrs Sheppard said: “Rainbow is run by a management committee of parents and residents and is a registered charity which ensures any profit goes towards additional materials or equipment to ensure it runs in a safe, stimulating and professional manner.

“None of this would happen, or have happened, without Debbie’s huge personal contribution, leadership and self-sacrifice.

“Both Rainbow and Debbie are very present in the community’s activities and she takes a keen personal interest in her Rainbow alumni, which after 33 years is very extensive.

“Many families and children have benefited, not only from the nursery’s excellent care and support but its emphasis on remaining affordable.”

• More nominees will be featured in next week’s Henley Standard.