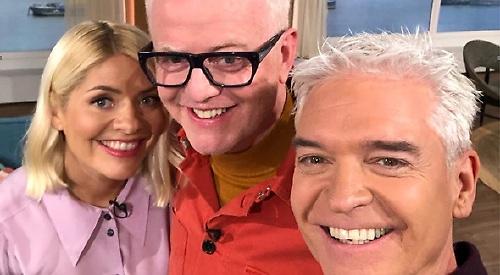 A HENLEY charity has received a surprise £20,000 donation thanks to Chris Evans and Phillip Schofield.

The Chiltern Centre, which offers support to young adults with learning or physical disabilities, only learned about the money when the donation was made on live television.

Schofield, who lives in Fawley, was interviewing Evans on ITV’s This Morning show about Carfest, an annual family music and motoring festival that was founded by the radio presenter in 2011 and raises funds for children’s charities.

Evans revealed he had two cheques for £20,000 each from the funds raised at the event, which he was giving to Schofield and his co-presenter Holly Willoughy to donate to the charities of their choice.

Schofield chose the Chiltern Centre, of which he has been patron since 2009. Later, he posted on Instagram, where he has 2.6 million followers, said: “Thank you, Chris Evans and Carfest, for the £20,000 you have so generously donated to the Chiltern Centre.

“What a wonderful surprise for me but, more importantly, them. They are ecstatic and congratulations on the £16.5 million you have so far raised for charity. Good luck with 2020.”

Paul Barrett, who is chairman of the charity’s trustees, said: We have been so lucky over the years to have the unwavering support of Phillip Schofield who has attended our events, supported our fundraising and been a fantastic patron to the charity.

“We have been quite overwhelmed by this wonderful news and are deeply grateful to Philip for thinking of us. As a small charity, this £20,000 represents one tenth of the funds we require each year to keep our doors open and will help us to continue to empower young people with disabilities to live life to the full.

“We would like to thank Phillip for this extraordinary gesture as well as Chris Evans and, of course, all those who were involved in Carfest, raising such a phenomenal amount of money for charities around the UK.”

Carfest, which is held in Cheshire and Hampshire, gave half of the money it raised this year, to the BBC’s Children in Need appeal, while the other beneficiaries included the Teenage Cancer Trust, the Rainbow Trust Children’s Charity and the Starlight Children’s Foundation.

Willoughby chose to donate her £20,000 to Short Lives, a children’s charity of which she has been patron since 2008.