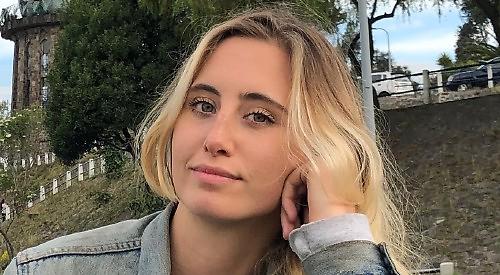 UNEMPLOYMENT among young people in South Oxfordshire has risen sharply during the coronavirus pandemic.

The number of 16- to 24-year-olds claiming job-related benefits has increased by more than 200 per cent in the past year.

Research by the Prince’s Trust shows that the under-25s account for three in five of the people who lost jobs during the crisis.

At the same time, many graduates who left university last summer have struggled to find work and this summer a fresh cohort of graduates will join the jobs market.

They include 24-year-old Ella Shearman, of Milton Close, Henley, who graduated from Kingston School of Art in June with the hope of realising her long-held ambition of a career in fashion.

Competitive to get into at the best of times, the industry is even tougher to find a job in as a result of covid.

“It’s really hard to get a job to start with, so graduating and hearing that no one is hiring is really scary and just doubles that feeling that there’s no place for you,” says Ella.

“My graduate show was cancelled and this is usually the first opportunity to get hired by talent scouts from the industry.

“With shops closed, the industry has been tightening its belt and with talk of a recession coming, jobs and opportunities just aren’t there. It’s all quite overwhelming really.” Ella, a former Trinity primary and Gillotts School pupil, is no stranger to work, having had her first job at 15.

“I did childminding twice a week and babysitting at weekends,” she says. “I have worked at the Bull on Bell Street and as a pattern-cutter for Collier & Robinson, who make regatta blazers. I love being busy.”

Even while at university, Ella juggled her studies with a part-time job at Waitrose.

“I love the socialisation that comes with work as well as the independence of being able to earn money to travel and see friends,” she says.

Ella studied English, biology, art and textiles at The Henley College before going to university. Her degree course took her to America and the Netherlands.

She says: “I was abroad for about nine months, first when I was studying in San Francisco, then five months in Amsterdam. It was the best year of my life.”

It was on her return to the UK last year and while studying for her final exams during the first national lockdown that Ella first began to feel the impact of the pandemic.

Unable to find a part-time job and struggling to pay her London rent, she applied for Universal Credit.

She says: “It felt so surreal that after all those years working towards my degree, this is what I was resorted to. The money took about two months to actually start coming through but when it did it really was a lifeline.”

Ella no longer qualifies for state support now she’s living back at home with her parents Richard and Rema and brothers Teal and Tait but says the support she has received from her family has been invaluable.

“I don’t know how I would have coped without them, even though I must drive my mum mad,” she says.

James Hudec has been applying for graduate jobs and professional trainee schemes in the data industry for more than a year — so far without success.

He studied science and maths at A-level before going on to the University of Exeter where he achieved a second class degree in physics last summer.

James, 22, says: “I’ve applied for more than 60 jobs and rarely even get a reply, let alone an offer of an interview. Employers are just inundated.”

He is now back living at home in Western Road with his parents Nick and Delia and younger brother Ed.

He previously worked as a waiter at Henley Royal Regatta and as a helper at the Henley Outdoor Playscheme.

More recently, he worked part-time at Phyllis Court Club until it closed for the third national lockdown.

“It takes its toll,” he says. “It’s not just the job situation, it’s the impact of the pandemic in other ways too.

“There have been long periods of low motivation and a lack of confidence as a result of these circumstances, not just for me but for young people more generally.”

Professor Lee Major, an associate of the London School of Economics and professor in social mobility, says the pandemic has hit the younger generation particularly hard.

He says: “Nothing’s as big as this has been seen since the Eighties.

“If you suffer unemployment when you’re relatively young in your career, it can have really big consequences for your future — we call it ‘economic scarring’.

Prof Major is backing calls for the Government to introduce a job guarantee scheme to help young people get their first step on the employment ladder.

He says: “The long-term costs of unemployment are so big.”

Prof Major adds that it’s a good idea for those waiting for a graduate-level job to take work at a more basic level.

“It still has lots of benefits,” he says. “Getting out and doing something is extremely important. You’ll learn something from whatever you do. All experience is valuable.”