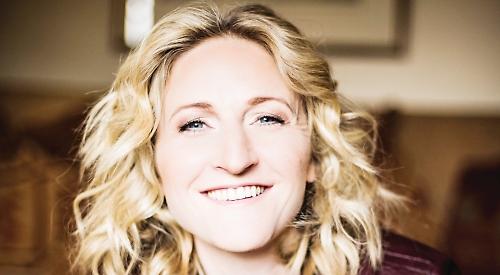 A FILM director and
producer has become a full voting member of the British Academy of Film and Television Arts.

Jo Southwell is now one of about 8,000 people who can have a say in the winners of the academy’s annual BAFTA Awards for television programmes, which were last presented in May.

The 45-year-old, who lives in Aston with her husband Caleb, had applied twice before and submitted her latest application about a year ago.

She was finally told it had been successful at the end of last month. This means she can now attend screenings of programmes which she is interested in, which will mostly be dramas, and recommend winners.

Mrs Southwell doesn’t know why she was accepted but believes it was for her work during the coronavirus pandemic, when her talent agency Aston Management ran several schemes to help actors and others in the industry to network and stay employed. She also developed two television shows, an eight-part drama based on Emily Barr’s novel The Sleeper and a children’s mystery drama, both of which are being pitched to broadcasters including Channel 5, Netflix and Amazon Kids.

Mrs Southwell says she had always wanted to join the academy since she started acting in her twenties, part of which she spent living in Los Angeles.

She got into directing and producing when she returned to the Henley area about 20 years ago, during which time she also founded the Henley Fringe Festival. This ran until 2015.

Mrs Southwell said: “I wanted to join BAFTA because it’s so lovely to be recognised for your work and to know that you’re respected.

“Anyone can apply but, of course, that’s no guarantee of being accepted. In a way, I think the coronavirus pandemic helped because it presented different professional challenges and opportunities and I suppose they may also have wanted more female members.

“Applications used to require a referee but now the academy just asks you to explain yourself and I think members are then chosen on their own merits.

“I did a double-take when I received the email and at first I thought it was spam but it felt great to have the acceptance of my fellow professionals.

“Although I’m proud to be a member, my focus will be on continuing to write and directing. It’s a real privilege so I’ll take my voting responsibilities very seriously and only vote on projects which I’m interested in.”