CUSTOMERS dressed in wartime costumes as a pub marked the 70th anniversary of D-Day with a party.

The Maltsters Arms in Rotherfield Greys had a replica air raid shelter at the entrance and served up a meal of Spam fritters and corned beef hash.

During the evening diners experienced an air raid as the electricity in the pub was turned off, a siren was sounded and thunder flashes, replicating exploding bombs, were set off outside.
Click here to see more photographs of the Forties outfits.
Characters including Charles de Gaulle and Dwight D Eisenhower also made an appearance.

Landlord Peter Bland led the singing of wartime songs from performers such as Vera Lynn, with his father Tony on piano.

He said: I didnt think many people would come dressed up but 90 per cent of the customers did. I was blown away.

Mr Bland and his wife Helen have a house in Normandy about 30 minutes from the beach and loaned it to the family of a D-Day veteran for the weekend celebrations there. 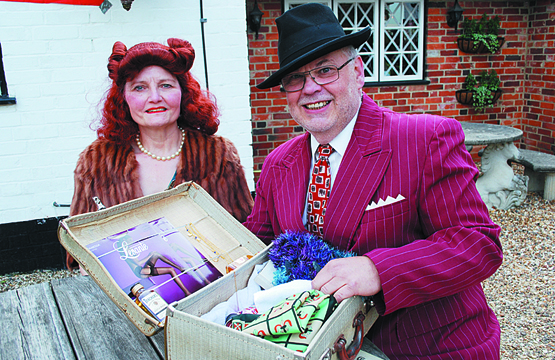