Harpsden Fete a success despite hiccup

"IVE got a lovely bunch of coconuts" went the song but when it came to Harpsden village fete on Sunday thats just what was missing.

The coconut shy had been set up with all the other attractions in a field next the village hall when someone noticed the missing ingredient.

Co-organiser Jane Burtt said: We were all ready to go but there werent any coconuts to be seen. We rushed to Tesco and managed to get six. They made more money this year with six coconuts than they did previously with 30 or 40! 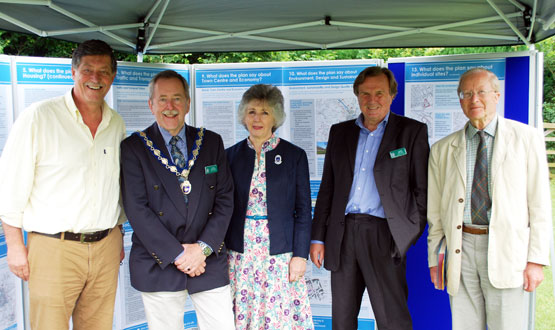 There was a barbecue, beer and Pimms tent, cakes and preserves and traditional teas served in the village hall with the proceeds going to the Chiltern Centre for disabled children.

Members of the joint Henley and Harpsden neighbourhood plan were there with information boards and a questionnaire.

An estimated 900 people attended the event, which raised more than £5,000 for local groups. Mrs Burtt said: It was fantastic and we were absolutely thrilled. I think the early start made a huge difference because food was on offer and we had a nice bar. The proceeds will go to St Margarets Church in Harpsden, the village branch of the Royal British Legion, Harpsden Pre-School and Harpsden brownies.

Kester George, chairman of Harpsden Parish Council, said: We have raised a considerable sum for good causes, the main one being Harpsden church, which depends on the fete. John Hodges established this field, the football field and cricket field, and village hall and is the benefactor to whom Harpsden owes so much. I think he would be delighted to see how well his legacy is carried.

The other organisers were Adrian Pratt, Jon Moulds, Hayley Young and Sue Leeman.

Click here to see more photographs of the afternoons fun and games.