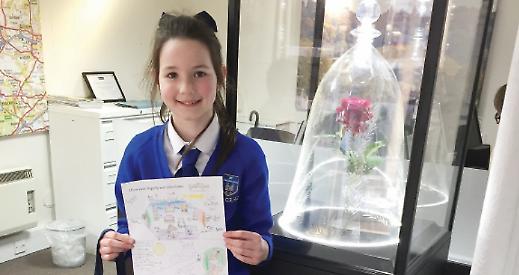 Hamptons International in Henley has announced the winner of its Beauty and the Beast-themed drawing competition to mark the partnership with the Disney film.
The contest was organised in conjunction with the Henley brownies and children were encouraged to draw their “happily ever after” home.
The entries were displayed in the windows of the Hamptons branch in Hart Street and the public voted for the winner by posting the name of their favourite artist in a ballot box.
The winner was Niamh Askin, nine, (above right) and the runner-up was seven-year-old Isla Tate, pictured above left with her sister. 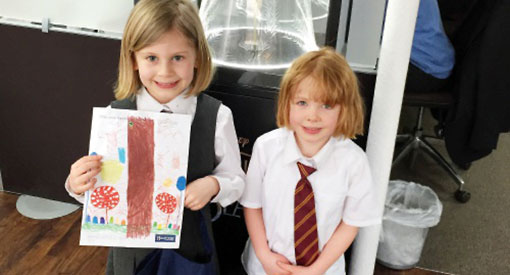 Both girls were presented with a Beauty and the Beast goody bag which included a notebook, a bookmark and pen.
Niamh will also be entered into a competition involving Hamptons International’s 96 branches nationwide to win a four-day Beauty and the Beast-themed family trip to Paris.
James Butler, branch sales manager, and lettings manager Katie White praised the girls for the quality of their drawings.
Beauty and the Beast is a live-action remake of Disney’s animated classic with Belle voiced by Emma Watson and the beast by Dan Stevens. It opens at cinemas today (Friday)

Business , competitions , Beauty and the Beast