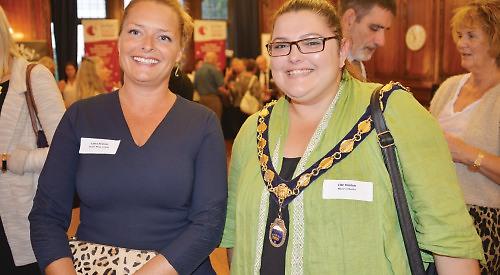 NOMINATIONS have opened for the 2018 Sue Ryder Southern Women of Achievement Awards.

The awards, now in their 12th year, were officially launched at the charity’s hospice in Nettlebed on Thursday last week.

Tracey Hancock, head of fund-raising at Sue Ryder’s Nettlebed and Duchess of Kent hospices, said: “This event raises awareness about women who make amazing contributions to our community.

“It’s also one of our largest fund-raising events. It costs £8.3million to run our services and £3.7million of that has to come from fund-raising.

“These awards are a wonderful way of honouring the successes of so many remarkable women. I encourage everyone to nominate as we all know someone who is deserving of recognition.” David Bower, head of marketing at Invesco Perpetual, a sponsor, said: “These awards are a fantastic way to celebrate and recognise the wonderful contributions made by so many women.

“Invesco Perpetual is proud to support Sue Ryder with an initiative that plays such an important role in ensuring that our local community continues to benefit from the vital care provided by the charity.”

Mrs Chappell, who won businesswoman of the year award in 2013 and the lifetime woman of achievement award in 2015, said: “I’ve tried to be an ambassador for Sue Ryder in every way I can and I’m so pleased to be asked to continue. I’m so proud.” The awards, which celebrate the achievements of women from across Berkshire, Buckinghamshire and Oxfordshire, are sponsored by Invesco Perpetual, CH&Co and Higgs Group, publishers of the Henley Standard.

To make a nomination or for more information, visit www.sueryder.org/
swoa

This year’s awards ceremony will be held at Reading town hall on Friday, February 16.