Warning stickers to appear on bins 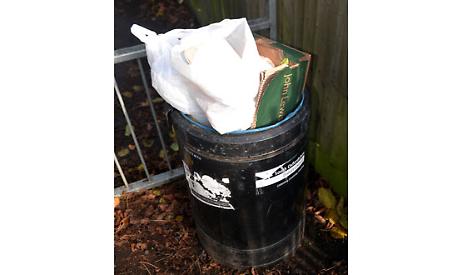 STICKERS are to be placed on litter bins in Henley to warn people that it is illegal to dump household waste in them, writes James Burton.

South Oxfordshire District Council, which is responsible for emptying the bins, is trying to combat a long-standing problem with fly-tipping. The bins should only be used for litter such as food and drink packaging but some people are filling them with plastic bags containing domestic rubbish and recycling.

In some cases, where a bin is already full, residents have left bags beside bins. This means they can easily be ripped open by rats or foxes and the contents scattered over the pavement.

The problem is particularly severe at bins in Reading Road, Hamilton Avenue and the entrance to the Makins estate, off King’s Road.

The council says it will seek to identify and prosecute offenders who could be fined up to £2,500 if they are convicted. The move is supported by Henley Town Council, which is considering paying for more bins in Reading Road and Mount View.

Mayor-elect Will Hamilton said: “There is still a problem with litter bins being misused. I understand that it’s frustrating if, for example, your recycling isn’t collected because there’s a wrong item in your bind but people must learn to recycle and to do so properly.”

Complaints were first raised about the state of the bins by town councillors Kellie Hinton and David Eggleton in October.

They said the cause of the problem might be the district council’s rules on domestic waste collections. From November, it refused to empty green recycling bins if the contents were wrapped in black or coloured sacks to avoid contamination by non-recyclable objects.

Cllr Eggleton said it wasn’t clear which items could or couldn’t be recycled despite information leaflets being sent to residents.