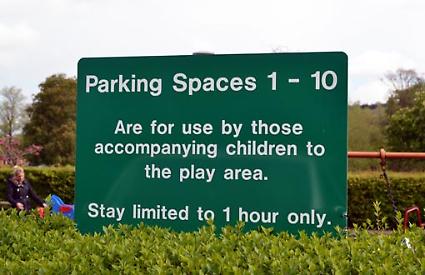 ABOUT £30,000 is to be spent repairing a public car park in Henley.

The Mill Lane car park, which is used by walkers in Marsh Meadows as well as Henley Town FC staff and players, needs resurfacing as it has potholes and cracks which can damage vehicles.

At a meeting on Tuesday, town councillors agreed to budget for the work next year. They also plan to apply for a grant from South Oxfordshire District Council.

“There’s a chance we could get a significant chunk of the money,” she said. “Henley Town Council does not need to fund all this money.”

Mayor-elect Will Hamilton said the resurfacing work should be done at the same time as the football club planned to relay its pitch.

The council has been quoted up to £14,000 for the work but councillors say the recent sale of a nearby parade of shops had led to uncertainty.

The freehold for the six business premises, plus two flats, was sold at auction in London for almost £1.5million in December.

The council is considering applying for the shops to be made an asset of community value, meaning the community would be given first option to buy them if they were put up for sale again.

Councillor Simon Smith said: “If we are trying to make those shops a community asset we shouldn’t be considering resurfacing the car park at the minute.”

Cllr Evans added: “We have got a good quote but while there’s a question mark we shouldn’t do it.”

Councillor David Nimmo Smith said: “I use that car park quite a lot and although it’s uneven, it’s not in a bad enough state to warrant doing it now.”

• What do you think? Write to: