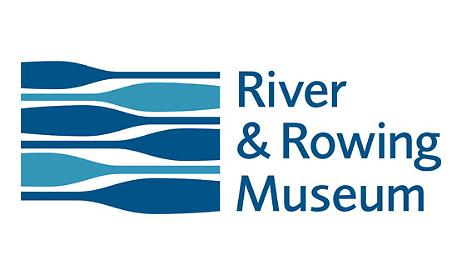 THE River & Rowing Museum has asked Henley Town Council to waive the charge it pays for its car park.

Ludo Keston, chief executive of the museum, has written to the council asking it to drop £6,300-a-year charge for rent of the car park, which the museum allows visitors to use free.

The town council owns the land the museum is built on for which it charges a peppercorn rent for.

The museum, which is a charity, has also received an annual grant of £10,000 from the council for the last three years to support its work.

However, Mr Keston says this was effectively reduced to £3,700 a year due to the car park charge.

He said: “We’re delighted to be contributing such value to the local economy but, as yours is the only such grant we receive from public sources, like all charities, we constantly have to review the affordability of our services in order to balance our books each year.

“I am therefore writing to ask if, from 2018 onwards, the council would be prepared to reconsider the rental charge in order that we can continue to provide services so valued by our visitors, such as free parking.”

Mr Keston explains that the museum contributes almost £2million to the town’s economy. This breaks down into £422,946 from local people, £653,643 from day trippers and £824,195 from overnight visitors.

The figures were calculated using a formula from Arts Council England.

At a meeting of the council’s finance strategy and management meeting on Tuesday, it was agreed to defer the decision until a new chief executive is appointed to discuss the issue with.

Mr Keston is stand down from his post at the end of the year after a summer in which the museum attracted a record 15,000 visitors.

He announced his departure earlier this month, saying it was partly because he is tired of driving from his home in Straford-upon-Avon. He took on the role in 2014.

Councillor Will Hamilton said he wanted the charge to be waived immediately. He said: “Ludo has worked very, very hard over the years and it would not be right, given his letter, to make him wait for an answer that will be the same as it would be now. We should waive the rental.”

But Councillor Ian Reissmann said: “We are saying we should not take on one part of the equation before looking into it as a whole.

“I’m sure we will have a positive and useful discussion which will benefit both the town council and the museum where we look at the whole relationship. Any pre-judgement on this would be a mistake.”

The committee also recommended that from April next year the council should reduce its annual grant to the museum to £7,500 a year for three years.

Reama Shearman, head of development at the museum, said: “The £10,000 grant you have provided in each of the last three years has enabled use to do a lot of things and bring to life the history of the river, rowing and Henley.

“Our educational work is our core and in the last year we have seen 250 schools and 20,000 people come through out learning programme.”

A final decision will be made by the full council next month.