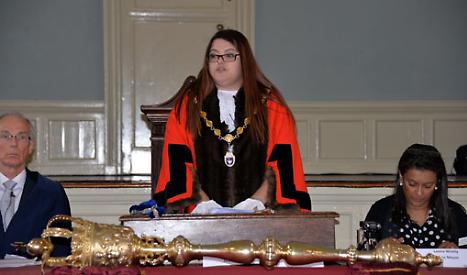 THE Mayor of Henley could be named Britain’s best young councillor.

Kellie Hinton is one of three finalists in the category of the National Association of Local Councils’ Star Councils Awards, which will be announced on October 30.

Councillor Hinton, 32, of Queen Street, Henley, has been on the town council since May 2011, representing Henley Residents’ Group. She was made Mayor in May.

She said: “I was amazed and stunned when I found out. I’m very proud and thankful for being nominated.

“When you’re a councillor, you do a lot of work and don’t expect thanks or to be put forward for accolades.”

Henley town clerk Janet Wheeler, who nominated Cllr Hinton, said: “It’s a nationwide award and you really do have to stand out to have a chance of getting shortlisted, which I felt Kellie did.

“As a young councillor, Kellie has not just been Mayor but has done so much great work for the town.”