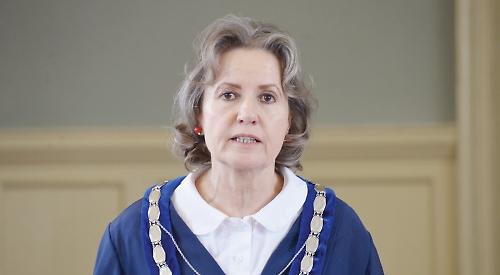 The Henley town councillor, who served as mayor in 2015/16 and has just stepped down as deputy mayor, was voted to the role by her colleagues at a full meeting of the authority yesterday.

Councillor Hillier, an independent Conservative who lives at Park Corner, was offered the role by her Conservative colleagues several weeks ago and accepted immediately.

She was formally proposed for the role by district council leader Jane Murphy and seconded by Councillor Felix Bloomfield before winning the vote.

She said: "I'm really honoured. It was totally unexpected and I've got some big shoes to fill but I feel ready as my time as mayor of Henley gave me a lot of confidence."

Councillor Hillier, 62, represents the district's Henley ward and also sits on the general licensing, licensing acts, planning and scrunity committees. She was elected to the authority in 2015.