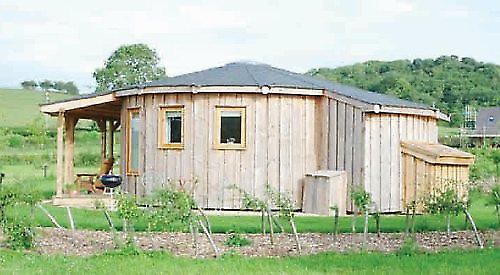 PLANS to build five holiday lets at an alpaca farm in Whitchurch have been opposed by two parish councils.

Mary-Jo Smith and Claire Morphy want to have “winter yurts” in a 5.4-hectare field at Bozedown Alpacas, off Hardwick Road.

The women, who are cousins, say the timber-framed structures would bring in additional revenue but would not be visible from the road as the site is screened off by hedges.

They say there is a growing market for “glamping” holidays because people enjoy being closer to nature while having luxury amenities and that there are no similar businesses in the area.

But Whitchurch and Goring Heath parish councils say the development should not be allowed because the yurts would have permanent features like drainage and foundations, which would set a precedent for similar schemes elsewhere in the Chilterns Area of Outstanding Natural Beauty.

The councils also say the yurts would be visible from some angles and their style would clash with the area’s typical architecture of mostly red brick.

The Whitchurch Habitat Study Group also claims the applicants’ ecological assessment is “flawed” and the scheme could attract an excessive number of visitors who could trample grass verges and other flora.

More than 20 villagers and regular visitors to the area have also objected.

However, three villagers have supported the scheme, saying it would fill a gap in the market and other businesses could benefit from the additional visitors.

The Chilterns Conservation Board says the idea could have merit but wants to see more evidence of the visual impact.

Meanwhile, Whitchurch council has also opposed plans for a new security fence along the northern boundary of the village’s Coombe Park estate.

Owner David Pain wants retrospective permission for the 2.3m steel barrier which he erected along a section of Hartslock Bridleway, part of the Thames Path, in order to improve security at the 125-acre site.

He says it is an improvement on the old wooden fence, which was topped with barbed wire and had fallen into disrepair, and would blend in with its surroundings by being painted green.

Mr Pain, who bought the estate off Manor Road last year, says the fence is necessary as the site is a regular target for burglars and vandals.

Over the past 12 months, security guards have escorted more than 300 people off the site, some of whom were armed with tools.

The site had been derelict for many years so word had spread online that it was an easy target.

The parish council says the design of the fence is inappropriate as it is taller and more conspicuous than the old fence and also nearer to the road, giving pedestrians less room to move over for passing traffic.

The district council will decide both applications.