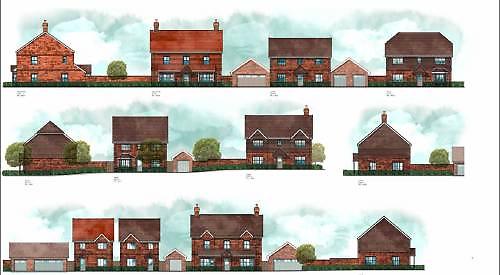 A DEVELOPER has promised to give Shiplake residents the first glimpse of plans which they fear could increase flooding in the village.

Taylor Wimpey says it will share its drainage strategy for Thames Farm, where it has permission to build 95 new homes, at least three weeks before submitting it to South Oxfordshire District Council, the planning authority, for approval.

The company wanted to drain surface water from the site off Reading Road into Lash Brook, south of the village, via a new pipeline but residents complained that would worsen the existing flooding problem.

Taylor Wimpey agreed to consider alternatives and now says the community will be first to hear of its intentions and villagers will be shown any flood risk assessments that are carried out.

It will also give residents two days’ notice of any impending submission to the district council.

Correspondence will be conducted via Peter Boros, of Reading Road, who is chairman of an action group which is fighting the proposal.

Mr Boros said: “We have a response from Taylor Wimpey which at least acknowledges the issues, the lack of communication with residents, and gives a commitment to discussions. We shall see what happens.”

The brook, which is a backwater of the River Thames, last flooded following heavy rain between Boxing Day and New Year’s Eve. The water rose into the gardens backing on to Mill Road and surrounded several low-lying houses.

In 2013 and 2014, the water level became got so high that properties had to be evacuated.