Villagers could have two council elections in weeks 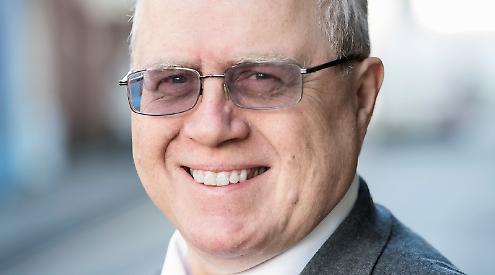 RESIDENTS of Goring could be going to the polls for the second time within weeks.

This follows the resignations of three parish councillors just before a by-election last week.

Former council chairman Kevin Bulmer, his wife Mary and Councillor Tony Virgo-Harris all decided to step down for personal reasons, according to parish clerk Laura White.

Their departure was announced in a notice from the council on Tuesday, two days before the by-election in which retired astrophysicist Jim Emerson was elected.

Mr Emerson, 72, of Millers Close, polled 466 votes, ahead of Richard Osborne, who is landlord of the John Barleycorn pub in Manor Road, with 268 and Chloe Morrison with 153. The turnout was 32.2 per cent.

The by-election was called following the death of Councillor Matthew Brown in February.

Villagers now have until May 10 to decide if they want to go to the polls again.

A minimum of 10 electors must call for a by-election for one to be held, as happened following Cllr Brown’s death.

Ms White said: “If there is no call for an election we will advertise for co-opted members and ask people to apply.

“My hope is that the two candidates who were unsuccessful in last week’s election will do so, along with any others.”

The cost of last week’s by-election was about £8,000 and a second one would cost a similar amount.

Ms White said the Bulmers decided to step down due to Mrs Bulmer’s health.

Mr Virgo-Harris had called within days to inform her of his wish to resign.

She encouraged the trio to go on the same day so she could issue the notice asking villagers if they wanted another by-election.

Ms White said: “It was all for medical or personal reasons and nothing to do with last week’s election.”

She explained that councillors must attend at least one meeting in six months and as Mrs Bulmer was still in hospital her qualification for being a councillor was already due to expire in early May.

Mr Bulmer, who had served on the parish council for 12 years, said: “My wife has had an illness that required hospital treatment since November and she is still in hospital.

“It has reached the point where I just cannot give the parish council the attention it requires.”

Mr Bulmer, who works as a company secretary, will continue to represent Goring for the Conservatives on Oxfordshire County Council.

He said: “It has all got a bit too much and I have had to reassess what I can and can’t do, so it’s time to give other people a chance and get some new blood on to the parish council.”

Ms White said: “It’s a shame but could not be helped. This is the situation we find ourselves in.”

Mr Virgo-Harris could not be contacted by the Henley Standard.

Councillor Emerson had stood on a ticket of “Good governance for Goring”.

He said: “I want to help the council uphold high standards in public office, make the right decisions and communicate them to the
community.

“We all want the council to make wise decisions and I hope to contribute to that and to make sure they are presented clearly enough for the electorate to understand the reasons for making those decisions.

“I want to ensure that Goring is governed well and it should be clear that it is.”

He added: “I would like to record my thanks to my two rivals for their positive campaigns.”

Cllr Emerson, who retired in 2017, has lived in the village with his wife for many years and has children and grandchildren.

He is the production manager of Goring Gap News, which he joined as a volunteer in 2015.

He said reading every word of the monthly newsletter helped him to keep his finger on the pulse of village issues.

As an unpaid director of the publication, he also helps award its grants to local good causes.

He is also an independent advisor to a London borough standards committee, which resolves governance complaints against councillors.

When he worked as an astrophysicist he was involved in detailed funding applications for astronomical research, including overseeing the construction of the £32 million Visible and Infrared Survey Telescope for Astronomy in Chile, the largest telescope of its kind in the world.

Cllr Emerson said: “As an astrophysicist people might think I have my head in the clouds but I have lots of experience in the real world too.”