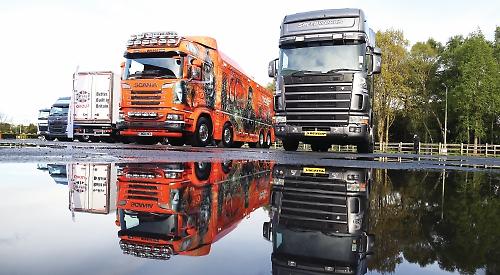 Freddie van Mierlo was attempting to quash rumours that the “edge road”, which will connect the B4009, south-east of the town, and the B4009 junction with Pyrton Lane and Station Road, will be used by HGV driver as a through road.

He told the Henley Standard that there were rumours circulating among residents and on social media about how the road would mean more HGVs travelling near their homes.

But Councillor van Mierlo, who represents Chalgrove and Watlington on Oxfordshire County Council, the highways authority, said the road would be covered by Watlington’s 7.5-tonne weight limit.

He said: “There is a bit of a debate in the community with a few people making a lot of noise because they think the road will become a through road for HGVs.

“I have had confirmation that the relief road will come under the weight restriction area for Watlington so there is no chance of that happening and I have asked cabinet member Duncan Enright to put that on record.”

Steve Bolingbroke, a member of Watlington Parish Council, blamed a group of residents for trying to cause “mischief”.

He said: “There is a lobby group locally which is trying to raise fears about what will happen once the road is built but it will come under the 7.5-tonne limit zone.

“We explicitly asked the county council about this and they confirmed that this would be the case. Somebody is just causing mischief.

“The edge road was part of the neighbourhood plan that passed a referendum in 2018 and 80 per cent voted in favour of. The people of Watlington want this to be built and we are getting on with doing it.”

The bypass will go from the B4009 Pyrton crossroads north of Watlington to Britwell Road in the south, running north of the former pig farm and cutting across Cuxham Road and eventually joining the B4009. It will run through five development sites in the town and neighbouring Pyrton.

The road is seen as vital to alleviate congestion and improve air quality in the centre of Watlington.

The bypass is set to have a 30mph speed limit to start with but the parish council will work to reduce this to 20mph in line with the rest of the town.

Councillor Bolingbroke said: “The decision to convert the whole town to a 20mph zone was made about six months ago and was in our neighbourhood plan in 2018 as one of the objectives.

“The county council is now asking for towns to have 20mph and we used this opportunity to get in with the first tranche of towns.

“We have applied for every 30mph road to be reduced to a 20mph and the only reason we haven’t applied for the edge road is because it doesn’t exist yet.

“We fully expect it to be 20mph like the rest of Watlington.”

Cllr van Mierlo said: “I am not a highways professional but my understanding is that it will start as a 30mph road, the reason being that the specifications were made prior to the 20mph policy being brought in, so it is difficult to change it at this stage.

“My view is that it will meet the criteria for being a 20mph road, given there will be housing fronting it and it will be in a residential area.

“There are some arguments for keeping it a 30mph, including that it would encourage people to use that road rather than go through the historic town centre.

“I would be supportive to moving it to 20mph if the parish council wants it.

“I think it will be quite a wiggly road but there will also be straight parts and it will have a new surface with no potholes so there may well need to be traffic-calming measures to support the lower limit.”

Cllr van Mierlo said the parish council was “not short of money” as a result of funding it was receiving from developers, so it could afford measures such as speed cushions or chicanes.