Allaway and Ashraf help hit side into cup quarter-finals 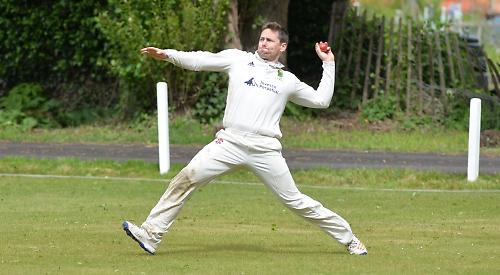 HENLEY ran out winners in their opening round of the Home Counties Premier League Twenty20 competition at the Brakspear Ground on Bank Holiday Monday as they defeated ASTON ROWANT with just three balls of the match remaining.

Following heavy rain the visitors, who won the toss, batted first and got off to a good start as they raced to 43 runs before losing opener Timothy Morgan, caught by Michael Roberts off Euan Brock’s bowling.

Aston Rowant put on a further 27 runs before they lost three wickets without adding to their score. Chris Watling went for 14 with the score on 80-2, caught and bowled by Gurveer Singh. This became 80-3 when the free-scoring Thomas Condon, who had put on 48 runs off 37 balls, was stumped by Stewart Davison off Ziafat Ashraf’s bowling. Steven Richards was then dismissed for a golden duck to become Ashraf’s second victim of the day, caught by Michael Williams, to leave the visitors on 80-4.

Wesley Morris came to the crease and started hitting the ball to all parts of the ground as he put on 43 runs off 26 deliveries that included two sixes and four fours before being caught by Brock off Matthew Rowe with the score on 154-5. William Pendred and Joshua Smith added eight more runs between them as the visitors closed on 162-5.

In reply openers Rowe and Tom Oldershaw got Henley off to a good start before the latter was bowled by Muttitt. Captain Roberts helped accelerate the score before he was bowled by Pendered for 10 with the score at 59-2.

Rowe was the next man back in the pavilion, caught and bowled by Morris, having put on 40 runs off 34 deliveries in an innings that included two sixes and four fours. Stewart Davison was next man out, lbw to Pendered to leave Henley on 99-4.

This brought the big-hitting David Allaway to the crease to join Ashraf who had been scoring at a rate of just over a run a ball. Allaway hit 35 runs off 19 deliveries in a knock that included three sixes and two fours, to help Henley over the finish line with just three balls remaining.

Henley will now entertain Banbury at the end of the month in the quarter-finals.