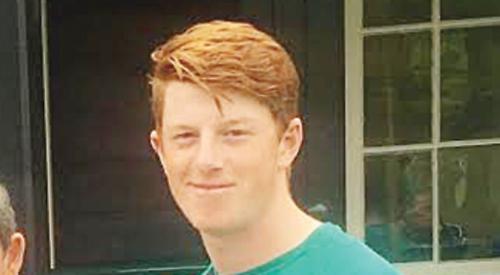 A JUNIOR cricketer from Wargrave served as 12th man for the England team during their Test match with South Africa at the Oval.

Euan Woods, 18, of Recreation Road, was one of five back-up fielders at last week’s game, which England won by 239 runs. The role also included bringing drinks on the pitch for the players.

Euan, a left-handed batsman and spin bowler, has been playing cricket since he was small. He lives with his parents, Martin and Michelle, next to his village’s cricket ground.

He used to practise with his father, who is the parish council groundsman, and his older brother Alex. Both played for Wargrave Cricket Club and Euan followed suit, making his debut at age 10.

He has since gone on to play for Henley, Berkshire and Surrey as well as representing England at youth level for a visit to Mumbai earlier this year. After his appearance at the Oval, Euan rushed back to play in Berkshire’s game against Oxfordshire, which they won by an innings and 53 runs.

Both Wargrave and Henley cricket clubs offered him their congratulations.

Henley captain Michael Roberts said: “It’s nice to see and we can take the mick out of him now for being on TV and hanging out with his ‘real friends’, the England team!

“He’s an exceptionally good fielder and a developing cricketer so it’s nice to see him in an environment that I’m sure he will end up in in the future.”