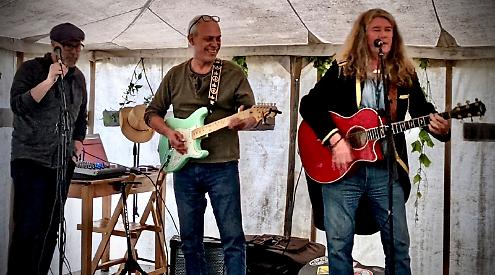 ABOUT 120 people attended a fundraiser for Swyncombe Cricket Club.

They gathered in a marquee on the field near the pavilion in Cookley Green for the Summer Solstice Barbecue on Saturday.

There was live music from the Pump Monkeys and several solo performers.

Club president Brett Fuller said: “Given the adverse weather at times, it was a really good do.

“We had about 120 people come throughout the afternoon. It was a real communal event with a lot of the guests coming from Cookley Green.

“ We expect to have raised about £500. We will use the money for new equipment for the club and for general maintenance of the ground.”

The club’s next event is the president’s shield competition on Sunday, August 14, in which five teams of six will play in a knock-out format.