Literary festival founder going back to her roots in Kolkata 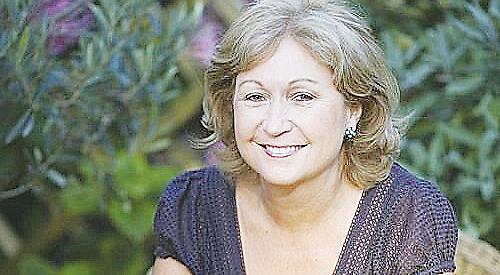 THE founder of the Henley Literary Festival is to return to her Indian roots as part of a cultural exchange.

Sue Ryan, who grew up in Kolkata, will fly to the city in January to talk about her event as part of the Apeejay Kolkata Literary Festival.

She will be joined by Jade Williams, the festival’s , and Kate Linas, its marketing director, who will discuss life in Henley.

In return author Anjum Katyal, one of the Indian festival’s will be giving a talk called “A Night In Kolkata” at the literary festival hub in Falaise Square, Henley, on October 2.

She will be accompanied by Tim Grandage, founder of charity Future Hope, which helps Kolkata’s impoverished street children to get an education. Also on the bill is Anna Kochan, who will introduce her new Indian cookbook Rice & Spice: A Bengali Adventure.

All proceeds from the evening, including from sales of the book, will go to the charity.

The exchange is being sponsored by the British Council as part of its UK-India Year of Culture initiative. It wanted to partner a British festival with an Indian one and invited Sue to apply for funding.

Sue, who lives in Peppard Common with her husband Jon, said she always included Indian speakers and topics in the Henley festival programme because of her long-standing links with the country.

She was born in Rajahmundry, about 600 miles south of Kolkata (then known as Calcutta), and moved to the city with her parents Eric and Jean Willis when she was two. She was sent back to Britain to be educated at St Anne’s School, an independent boarding school in Windermere, but would fly back home during the holidays.

While living in India she learned to ride horses at the Tollygunge Club in Kolkata, country club which is partnered with Phyllis Court Club in Henley.

Her family remained in the country until Sue was when her father retired from his job as a director for British American Tobacco.

She still returns regularly and in 2004, when she was managing editor of the Daily Telegraph, she co-wrote a book called The Weekenders which chronicled her travels around the city. Other included former England cricketer Mike Atherton, Trainspotting author Irvine Welsh and novelist Andrew O’Hagan.

Proceeds from sales of the book went to Unicef.

Atherton, Welsh and O’Hagan have all since spoken at the Henley festival while writer and photographer Bella Bathurst, who also took part in the project, is appearing for the second time next month.

Sue says: “I thought our festivals were a perfect match as Indian events always go down very well at Henley, whether they’re talking about the country’s cuisine, culture and history or its politics and economy.

“Between that and my personal links, I was very keen to foster that relationship and I think there’s a lot we can learn from each other. Both events are of a similar age, although I believe Kolkata’s is a year younger.

“We were absolutely delighted to get the grant as the Henley Literary Festival has always had an international flavour and this will build on it. We will be very interested to find out how they organise theirs.

“I had the most amazing childhood out there. I spent a lot of my time swimming, riding and playing tennis and had an absolutely wonderful life. India is my passion because it’s a culture with so many aspects.

“It’s a real ‘technicolour country’ and anyone who visits tends to fall in love immediately. Once you’ve got that connection it stays with you and it really captures the imagination.

“The grant only covers Jade and Kate but I would have been going there anyway, so I will be joining them under my own steam and I’m really looking forward to it.

“I’m also very keen to support Future Hope as it’s a fabulous organisation that gives young people from poor backgrounds a real chance in life. Tim is a hugely inspiring man and has done some incredible work.”

Since its launch in 2007, speakers at the Henley Literary Festival have included novelist and essayist Amit Chaudhuri, who grew up in Kolkata, and British-Asian author Vaseem Khan, who spent his early adulthood in Mumbai.

WORK to improve the path around Millennium Green ... [more]