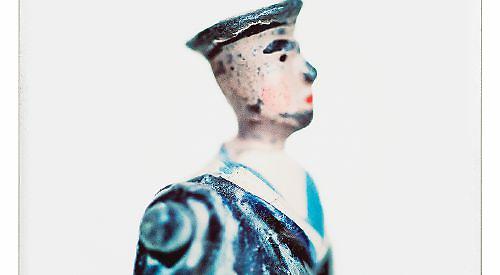 TWO artists who vowed to stage a joint exhibition in Henley more than 30 years ago have finally made good on their promise.

Illustrator and painter Phill Burrows, of Reading Road, Henley, and photographer and graphic designer Michael Harris, who lives between Reading and Basingstoke, became friends after meeting through a mutual acquaintance when they lived in the town during the Eighties.

They often discussed displaying their works together but the idea never took off because of their family and work commitments.

It seemed doomed never to happen when the pair went their separate ways about five years after being introduced.

Mr Burrows moved to Portugal to teach English, then travelled around the world while Mr Harris went to work as an assistant to some bands in New York.

However, Mr Burrows returned to the UK and lived in Windsor for several years before moving back to Henley in 2012 and worked for a publisher in
London.

Mr Harris returned to Berkshire after a few years in America.

Now the pair will be showing about 30 pieces of art each at the Old Fire Station Gallery in Upper Market Place from November 9 to 14.

Mr Burrows’s display, called Memories and Internal Landscapes (Revisited), is a series of impressionistic landscapes. Some are based on his journeys around Canada, America, France, Spain and Turkey while others are inspired by the British countryside.

Mr Burrows said: “From the outset, we thought Henley would be such a nice place for a fine art exhibition because it’s got a real buzz to it but all sorts of things got in the way.

“We went in different directions, got married and had children.

“Now Michael lives nearby so I reminded him of our plan and we decided to do it.

“We were both very keen on the idea and have been slowly amassing a collection of artwork over the past year or so.

“Now that our families have grown up, we’ve got more time for this sort of thing. It feels very exciting and just a little bit daunting to finally put our work on display. It’s a bit like one of those films where they ‘get the band together’ again.”

Mr Harris said: “We’ve always kept in touch and are very close friends so we were very keen to do this.

“We always felt strongly that we should do it but for one reason or it never happened.

“It’s nerve-wracking to put yourself out there for criticism but I’ve exhibited before and I think it will be fun.

“We’ll have all our friends and family over for a glass of Prosecco and a snack at the opening.”