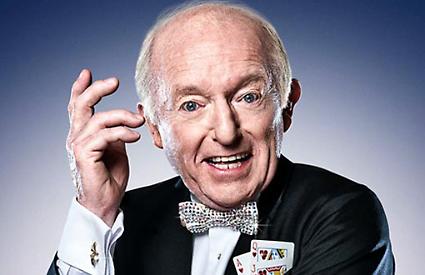 DEBBIE McGEE, who talks about her first serious stage role elsewhere in this week’s paper, and her late husband Paul Daniels always supported the local community.

They attended events, performed at Wargrave Festival and could often be found out and about and willing to chat. But Debbie recalls one occasion which reduced them to giggles.

She says: “Paul got a letter, which I’d opened (we used to sit in the morning and open the post together so if I’d opened all of mine I’d start opening his so that we could get through them faster) and it was from the then Mayor of Henley.

“It was inviting Paul to the over-60s party in the town hall at Christmas time.

“I read it and just thought it was because he was over 60. I mean, we got the giggles about this so much.

“Of course what they wanted was for him to appear, so he could cheer up the old people!”