Dragons mix it up 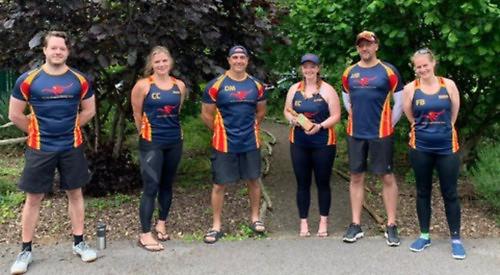 This was the first time in the UK that 11 six man outrigger canoes raced together at the same venue, in the same race.

The route began outside the Eyot Centre, down the royal regatta course, around Temple Island and back upstream towards the bridge.

From the bridge crews paddled up towards the yellow buoy up from Rod Eyot Island, where they turned ahead of the second lap. This route was repeated, and crews finished back at the Eyot Centre.

The first men’s crew “MK Men” crossed the line in a time of 56 minutes and 38 seconds to win the event with “Royal Men” second in one hour, 17 seconds.

“Henley Dragons” were the first of four mixed crews to cross the line in one hour, two minutes and 52 seconds.

“MK Ladies” — the only all women’s crew to enter — crossed the line in one hour, seven minutes and 55 seconds.