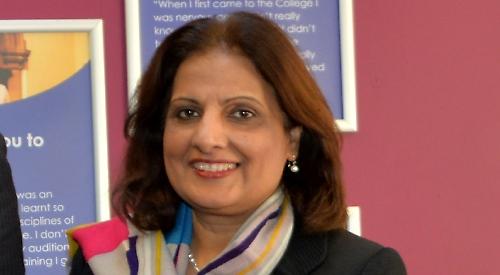 NINE staff at The Henley College have left voluntarily as part of cost-cutting measures.

Seven worked full-time, three as teachers and four as support staff, and two worked part-time for the Henley Training Company, which delivers the college’s vocational qualifications.

The company has stopped offering an apprenticeship in hospitality and hairdressing as part of a shift towards more technical subjects.

Further savings have been made by some staff choosing to reduce their hours.

However, the college has created eight new positions which will be full-time during term time, meaning it still has almost 300 staff, including support and administrative roles.

The new roles will be dedicated to tutoring and mentoring outside the classroom, a responsibility previously shared by teachers. The college says this is more efficient.

Some staff contracts have also been revised to create a clearer distinction between teachers and managers. Previously, teachers had a small number of managerial duties while managers did a small amount of teaching.

In March, principal Satwant Deol sent staff a memo warning that up to 66 jobs were at risk and redundancies could be needed in order to reverse a £1.5million budget deficit.

Now the college says the cuts have not had to be as severe as feared and no compulsory redundancies were necessary.

Mrs Deol said: “We were obviously having to save money as we weren’t getting enough from the Government but we couldn’t be happier with how this change has gone.

“We’re as interested in what happens outside the classroom as we are in what happens within it, which is why our results are so strong relative to other sixth-form colleges in the area and we know we’re doing a fantastic job. We recognised that we were asking teachers to be all things to everyone but it’s a big ask to teach while providing careers advice, teaching study skills or helping a student through a mental health problem.

“It wasn’t very sensible that some staff could only be approached when they weren’t teaching but the tutors will have more time to talk with students and parents and pick things up as they arise.

“Rather than having teachers who do a little bit of organising, there are also much clearer leadership roles and teachers are free to get on with teaching. We already enjoy amazing results but we’re confident that this is a further improvement.”

The college had warned it might also drop German
A-level from its syllabus as a result of poor uptake, which meant it wasn’t getting enough government funding and class sizes were also too small to be effective.

However, it has now agreed a partnership with the Goethe Institute, the educational arm of the German embassy, to keep it going.

Music technology and
A-level music, two other subjects under threat due to small numbers, will not be offered from September but there are hopes to reintroduce them in September next year. The college will keep its recording studio and equipment, which could be hired out to musicians in the community, and staff who are qualified to teach the subject will remain on the books.

Meanwhile, it is in talks with local schools about sharing provision and encouraging students to continue studying music at a higher level.

Mrs Deol said: “Music as a subject is declining nationally but we’re still very interested in it and it’s quite strong at 11 to 16 in this area so we are having conversations about keeping it.

“All too often, it’s impossible to get a subject back once you close it so we want to find an alternative solution that works within our budget.”

The cuts are part of a two-year “early intervention strategy” overseen by the Government’s Education and Skills Funding Agency, which the college says will wipe out the deficit by 2020.

It says the shortfall stems from increased costs due to pay rises, pension contributions and “harmonisation” of contracts coupled with the decrease in government funding.

The reorganisation won’t affect the college’s plans for a new £3 million STEM centre which is due to open by 2021.