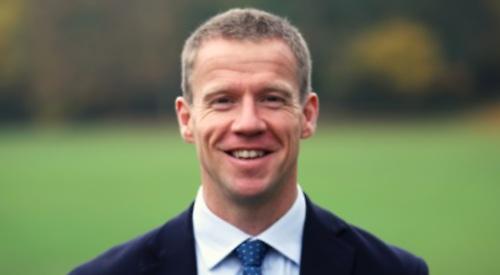 Peter Thomas, who has been second master since 2015, will take over from Jesse Elzinga in September next year.

He said: “It is a tremendous honour to have been asked to be Blue Coat’s next headmaster and I am delighted to have the opportunity of leading this wonderful school.

“Struck from the outset by the great warmth of both staff and pupils, Blue Coat’s sense of community, coupled with its desire to keep moving forward, will ensure an exciting journey lies ahead.”

Mr Thomas originally trained as a police officer before moving into teaching geography in Kent. He then joined Dauntsey’s School in Wiltshire where he became a housemaster and also master-in-charge of the Devizes to Westminster canoe race.

During his time at Reading Blue Coat, he has been responsible for the day-to-day running of the school.

In a statement, the school said: “In making this appointment, the governors were looking for someone to continue to build on the success the school has enjoyed, with the ability to take us forward into the next chapter of Blue Coat’s long history.”

Mr Elzinga, an American who joined the school in 2016 from Harrow School, has been appointed headmaster of Sevenoaks School in Kent.

The Harvard and Oxford University graduate competed at Henley Royal Regatta in 2001 and 2002.

Blue Coat said his impact on the school had been “huge”.