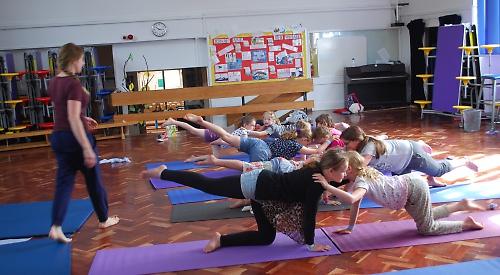 THIS year’s Henley Outdoor Play Scheme has been cancelled due to the coronavirus pandemic.

Now in its 41st year, the annual event allows children from school years one to seven to take part in activities during the summer holiday.

It was due to be held for the third time at Badgemore Primary School in Hop Gardens from August 3 to 7 but organisers said it was impossible to go ahead due to the rules on social distancing.

Chairman David Edwards said: “We very much regret that Hops cannot go ahead this year.

“We have carefully considered government guidelines for children returning to school and we realise that it will just not be possible to adhere to these while at the same time retaining the spirit of Hops.

“We had booked Badgemore again and when they are talking about class sizes of 15 but with the number of children we normally have at HOPS it was just logistically impossible.

“We thought it was important to manage expectations early. We hadn’t opened for bookings yet, which is one of the things that guided the decision.

“We are in a fortunate position in that the school has rolled over the charges to next year so it hasn’t affected us hugely financially. Hopefully in 2021 we will be back to normal.”

Hops is a not-for-profit organisation led by a team of 10 volunteers and 30 young adults, who help on the day with co-ordinating events.

More than 300 children from Henley and the surrounding area took part in a range of activities last year, including dancing, cookery workshops, football and woodworking.

Mr Edwards became involved after his son attended nearly 10 years ago but this was his first year as chairman.

He said: “The most disappointing thing is that last year we had a bumper year on almost every day.

“We are now having parents that used to be at HOPS as a child bringing their children and the vast majority of helpers are young adults who were there themselves.

“It is very community focused but it allows them to choose the activities they want to do across the week.”