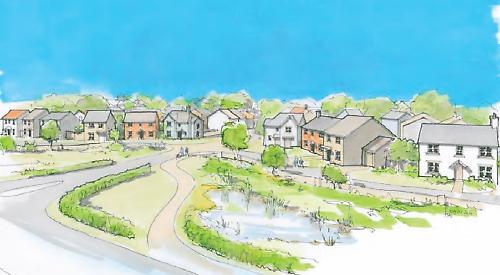 A PUBLIC inquiry into plans for 245 homes on the edge of Emmer Green will have to be reconvened.

The move came on the first day that planning inspector Nick Palmer began taking evidence on an appeal by Gladman Homes, which wants to build on three fields between Peppard Road and Kiln Road.

South Oxfordshire District Council has refused to grant planning permission, saying the 13.5 hectares of land weren’t earmarked for residential use in its local plan.

The company argued that the council had failed to secure enough housing sites across the district to meet the next five years’ demand, so the document was invalid.

However, this week, the council published figures claiming its land supply had increased from just over four years to 5.4 years.

Mr Palmer told the hearing at Henley Rugby Club that Gladman would need time to analyse these statistics so he would continue the hearing at a later date.

However, he agreed to hear evidence on any environmental impact or pressure on infrastructure as a result of the proposed scheme.

John Fitzsimons, for the Campaign Against Gladman in Eye and Dunsden, a protest group set up by residents, said the development would put pressure on Reading’s roads, schools and surgeries without contributing additional council tax as the land was not in the borough.

He said it would spoil the rural setting and affect views of the Chilterns Area of Outstanding Natural Beauty, which lies about 750m to the north, and was too far from shops and services for residents to walk.

He said: “While contributing towards the area’s housing needs, it does so in a patently unsustainable way that harms views of a valued landscape and will result in increased dependence on the motor car.

“It is an ad hoc, badly thought-out and speculative scheme that would undermine the integrity of surrounding settlements and their character.

“The extent of housing need and shortfall is overstated by the applicants while the site is of immense importance and value to the community in terms of heritage, ecology and ancient countryside, among other things.

“Its advantages are tempered by aspects which are harmful and don’t justify departing from the plan.”

Robin Green, for the council, said large developments outside established towns and villages should only be allowed to meet very specific needs like those of farmers or the environment.

He said: “The site is part of a valued landscape and would be profoundly harmed by the appeal proposals… it offends strategic and environmental policy at local and national level.

“Emmer Green falls within Reading Borough Council’s administrative area but there is no call for an extension to the settlement from that authority — on the contrary, it opposed that application.

“The housing land supply position has recently changed… the appellant’s only substantive argument for departing from the development plan has been robbed of any force. There is no real justification for the proposed scheme and it should be refused.” John Barratt, for Gladman, said that 5.2 hectares of the land would be dedicated to infrastructure and public open space.

He said the site had no protected status and the district council’s planning officers had recommended approval after visiting the site and concluding that the benefits outweighed the impact on the landscape.

As the audience of about 80 opponents called out their disapproval, he said: “Those aren’t my statements but the words of the council’s independent planning officer. You’re entitled to a different view.”

He added: “While the site has value, it is not a ‘valued landscape’ but is rather ordinary and characterless and only valued at a local level.

“The development would not represent a significant encroachment into the surrounding countryside, nor reduce the separation between Emmer Green and Sonning Common — the two settlements would remain physically and conceptually distinct.

“It will contribute towards a recognised need for affordable housing in the district and the provision of affordable infrastructure and will offer opportunities for residents to undertake journeys on foot.”