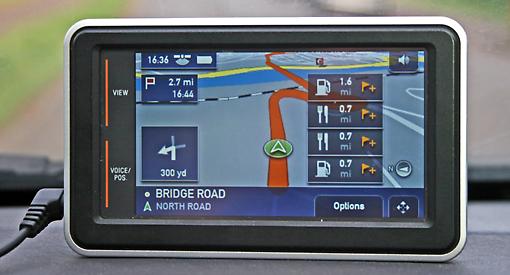 AN ambulance was delayed getting to a rugby player who had suffered a broken leg after it went along a restricted road by mistake.

The road narrows and becomes a byway, meaning it is not suitable for motor vehicles.

This is the second incident of its kind in as many months after another ambulance tried to use the lane as a short cut to the club in February.

In the latest incident on Sunday, March 24, the ambulance followed the route plotted by its on-board sat-nav system.

It arrived at the club at 11.55am, about 30 minutes after the 999 call was made, but the patient — a junior rugby player — was already being treated by paramedics from the Thames Valley Air Ambulance, which had landed 20 minutes earlier.

The youngster was then taken by the ambulance to the Royal Berkshire Hospital in Reading.

“The location of this incident had been plotted on our navigation system as an ‘unnamed’ road rather than having been plotted as occurring at Reading Abbey Rugby Club.

“Had the location been plotted as the rugby club by our control room then the highly experienced ambulance crew allocated to the incident, which has been working in West Berkshire for many years, would have known not to use Chalkhouse Green Lane as an access road.

“The lack of access to the rugby club from Chalkhouse Green Lane is well known by our local ambulance team.

“The slight delay in the arrival of the road ambulance did not have any impact on the patient’s treatment as this had already commenced with the arrival of the air ambulance team.” The byway is the scene of regular incidents of drivers becoming stuck. In November, 10 vehicles got stuck after attending a fireworks display nearby.

A resident who contacted the Henley Standard after the latest incident said there should be a sign at the start of the lane warning that there is no access to the club.

They said: “For years and years people have been trying to get to the rugby club via Chalkhouse Green Lane but this lane turns into a restricted byway and then a track that is only suitable for walkers and horseriders.

“Every Sunday, without fail, cars attempt to go down the track and then they get stuck. Last month, it was a non-emergency ambulance that was en route to Abbey.

“Some weeks ago a driver ran over a dog while reversing and didn’t stop.”

The resident said that in the most recent incident about 10 minutes passed between the ambulance going along the byway and when it managed to head in the right direction.

They said the rugby club should put a note on its website advising drivers to avoid the lane.

The ambulance service spokesman said it would be in favour of better signage.

He added: “This would minimise the small risk of any future delay to an ambulance crew arriving at the rugby club were there to be a more serious, life-threatening emergency, where every second really counts.”

Kidmore End parish councillor Sarah Hall called for new signage after helping to free the vehicle in the previous incident by pushing it back along the track.

She said: “It is not a road you can get through and we need a sign saying ‘no through road’.

“Nobody takes any notice of the current sign because it’s damaged.”

Sally Husbands, Abbey’s fixtures secretary, said: “The reason that vehicles go that way is because of their sat-navs.

“When I write to visiting teams I tell them not to use their sat-navs and how to get here.”

She said the idea of putting a notice on the club’s website had been raised previously but she would raise it with the committee again for consideration.

A spokesman for Reading Borough Council said: “It’s not part of the public highway so it is not the council’s responsibility to provide signage at this location.”