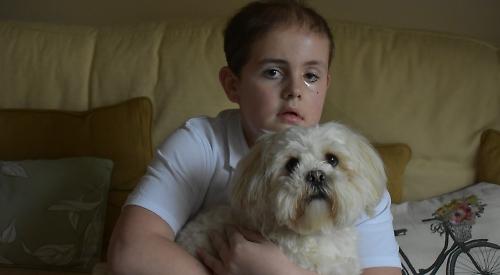 TREATMENT for a boy battling cancer for a third time is “going to plan”, says his mother.

Charlie Ilsley, 12, of Buckingham Drive, Emmer Green, returned home from Cologne on Monday after a second round of dendritic immunotherapy. The procedure should programme his body to identify and fight the cancer cells. He then had another round of chemotherapy on Tuesday.

Charlie’s mother Toni said: “I spoke to the German doctor who thought treatment was going to plan as Charlie’s tumour markers in his blood are coming down.”

She said that between treatments, her son enjoying going to see the new Star Wars film, The Rise of Skywalker.

Charlie has been fighting cancer since 2015 and has twice been given the all-clear following treatment only for the disease to return in November.