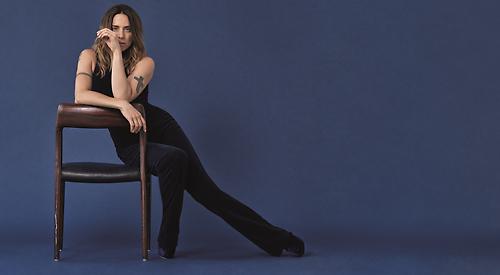 The singer, who was known as “Sporty Spice” while in the Nineties pop group, will perform on the “floating” stage on Sunday, July 9, the final night of the five-day festival.

She will play a 30-minute set featuring tracks from her latest album, Versions of Me, as well as some of her best-known hits. This will be before the headline act All Saints.

Mel C, whose real name is Melanie Chisholm, became a solo artist in 1998 and has released seven albums as well as taking part in a reunion tour with the Spice Girls in 2007 and 2008.

She joins a line-up that includes Pet Shop Boys, singers Jess Glynne and Chaka Khan and rapper Goldie with the Heritage Orchestra as well as comedians such as Andy Parsons, Seann Walsh, Sara Pascoe and Paul Sinha.

There will be early evening acts on the floating stage, a mini version of Ronnie Scott’s famous jazz club and food and drink stalls.

The festival, which is in its 35th year, takes place from July 5 to 9. Tickets are available at www.henley-festival.co.uk