'Energy tree' that could be solution to climate change 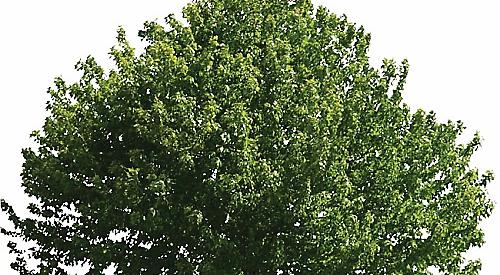 A BUSINESSMAN from Henley hopes his invention will revolutionise the way in which household electricity is generated.

Harry Corrigan is working with scientists at Brunel University to develop the Energy Tree, a 16ft device which looks exactly like a tree but will function as both a giant solar panel and a wind turbine.

He says it will generate at least 12,000 kilowatt hours per year, almost four times the amount that a typical three-bedroom home in Britain consumes annually.

The estimated purchase cost of the “tree” is about £15,000 but this could come down gradually as the technology improves.

Its “leaves” will be made of a thin layer of photovoltaic film, which converts sunlight into electricity, coated in a protective substance to increase their flexibility so they bend and flutter in the wind.

This coating is being developed by Mr Corrigan’s team together with a second substance that will amplify the effects of sunlight. This will replace the thick layer of glass that ordinary solar panels require to function.

The device’s “branches” will be connected to miniature generators inside the recyclable “trunk”, producing additional power.

Energy would go straight to the buyer’s home and any excess could either be sold to the National Grid under the Government’s feed-in tariff scheme or stored in a regenerative hydrogen cell, a type of battery that does not expire.

The researchers have built a prototype version of the device which does not resemble a tree but uses the same technology.

A number of private companies and aid organisations have agreed to trial it this year in remote African villages which rely on diesel generators for their electricity and an investment bank has signed up to trial it in homes along the costs of Spain and Portugal.

Australian Mr Corrigan, 69, of Ruperts Lane, is developing the tree through his company SolarBotanic and says it could be the first step towards every household generating its own power instead of relying on a grid supplied by coal, gas or nuclear power stations, wind farms or hydroelectric plants.

He says this would, in turn, help reduce air pollution and climate change, both of which result from burning fossil fuels.

The father-of-three, who grew up in Western Australia, did not attend university. Instead, he and his wife Cora travelled around Europe doing casual work before eventually settling in London.

He pursued a range of ventures before joining the chemical industry and overseeing the development of a protective coating for oil rigs to reduce corrosion by sea water.

The couple spent eight years living in Texas, where many of Mr Corrigan’s clients were based, before he retired and went back to Australia in 1994.

However, he quickly became bored so he went to Africa and launched a company that built temporary IT classrooms in shipping containers for people living in slums. He spent almost six years doing this.

Mr Corrigan came up with his Energy Tree idea while on holiday in France in 2007.

He says: “I could see this whole bunch of wind turbines and thought it was such a shame that they were spoiling the beautiful countryside.

“I believe renewable energy is the future and therefore hugely important but I thought there had to be a better way of doing it.

“I started researching it and everything I read said it wouldn’t be possible, though I was sure there had to be a way.

“Unfortunately, I’d had the idea at the worst possible time as the financial crisis hit in 2008 and nobody was interested in funding a renewable energy start-up so I put it on the back burner for a while.”

Mr Corrigan revived the idea in 2012 following a chance meeting with a member of staff from the University of Brunel’s engineering and design department at a business seminar.

He was convinced that the department’s team of professors and PhD students could help him bring it to life and they agreed a partnership.

Mr Corrigan, who moved to Henley from Ealing in 2013 when his son Conor, now 21, was offered a place on the London Wasps’ rugby academy, says: “Having decided that a realistic tree would be more aesthetically pleasing, the first question was how many ‘leaves’ were needed for it to be viable.

“The Brunel team worked it out and soon determined that it was impractically expensive so the only buyers would be people looking to show off. It wasn’t a commercially viable product.

“However, they have been working to improve the technology and they’ve come up with some ideas that are very inspirational. We have regular brainstorming sessions with experts in so many different disciplines, such as aerospace and electrical and mechanical engineering as well as chemists and computer scientists.

“The photovoltaic material has always existed but we’re working towards making it more effective in the ‘leaf’ form by developing coatings that don’t interfere with its ability to collect energy.”

Initially, the project only had a solar element but the team soon realised this would not be enough to justify continuing. The leaves alone could generate about 2,000kWh a year, which is the same as a typical domestic array of six to eight solar panels, but the tree would cost much more to install.

The researchers considered adding a miniature generator to each leaf, which would generate electricity in the wind, but these proved too fragile.

Dr Zahir Dehouche, the university’s course director for sustainable energy technologies, then had the idea of branches, which tests showed would produce at least 10,000kWh a year.

Dr Dehouche also developed a more effective type of hydrogen cell so the surplus energy could be stored.

Mr Corrigan says: “The results of those tests were quite exceptional. It was a simple but ingenious solution and that’s when I knew we were in business.

“It felt terrific — when I arrived home that night, I could barely remember anything about the drive home because I was so excited. That was a landmark day for us.”

Last year, he was approached by an African firm that owns mobile phone masts across the continent and leases them to network operators. It was looking for a more reliable way to power them as diesel generators can break down and are often stolen.

Mr Corrigan will supply the company with a simplified model comprising solar panels and a miniature wind turbine connected to a hydrogen cell which can provide power for up to 10 days in poor weather.

He is also in talks with international aid agencies about installing more models in refugee camps across Africa and the Middle East.

Mr Corrigan’s investors will also sell the prototypes to Spanish and Portuguese clients who will sell the energy to their local grids and keep any profit they make.

He says: “Its success will be decided by commercial factors — if we can keep the cost down, people will buy it.

“Personally, I’m much more interested in the potential applications in places like Africa because if we don’t do something fairly quickly about climate change, it will trigger mass migrations on a scale that will make anything that’s happening today look like a trickle by comparison.

“If people living in rural areas can’t grow anything, they will head for cities and, in turn, people will start fleeing those cities as they become overpopulated and hit by crime. It won’t be long before they’re knocking on our doorstep if that is allowed to happen.”

Mr Corrigan is now attempting to raise about £1mllion in capital to build the first proper version of the device, which he hopes to achieve by the end of this year.

Then there will be further tests before he seeks funding for production on a larger scale.

He hopes eventually to create a series of local power networks or “smart grids” powered by “energy forests”, large clusters of Energy Trees which would generate, store and distribute power for nearby homes and businesses.

He says: “I think the Energy Tree could have a dramatic effect on climate change and I have the wherewithal and the drive to see it through. I’m sure it will become profitable but that’s not what’s chiefly motivating me.

“Despite what’s happening in the political world, even things like Donald Trump pulling out of the Paris climate accord, the world is inevitably moving towards renewable energy. It’s a bandwagon that can’t be stopped.

“There may be some areas where councils are reluctant to grant planning permission because it’s not a real tree but in the long run I think common sense will prevail because the advantages far outweigh the disadvantages.

“I can see this being widely adopted in the UK, though it will be a longer journey than in some other places.

“The Exchequer received £29.5billion from the car and oil industries last year and it’s not going to give that up readily but that will change over the next few years.

“Elon Musk, the chief executive of [car manufacturer] Tesla, has predicted the end of traditional utility firms in the next 20 years, which sounds like heresy as it’s currently one of the biggest sectors there is.

“However, we are moving towards a scenario where every home is powered by its own battery and coming off the grid.”

Mr Corrigan says his invention will coincide with the rise of electric cars and could be used to charge the vehicles at home. This would reduce air pollution, which is a major concern in Henley town centre as its narrow streets trap pollutants emitted by vehicle exhausts.

He says: “There are lots of little things we can do to help the environment but pollution from petrol and diesel cars is among the biggest problems. We rely on our cars so we can’t just give them up but electric cars will allow us to keep those benefits without the drawbacks.

“I’m old and experienced enough to see that this is about playing the long game. We’re looking at a complete paradigm shift in the way we produce energy and you can’t just bring that in overnight.

“It has been a challenge because most people want to see the finished version before giving their support but I’ve been lucky to find some investors who have faith in the idea.”