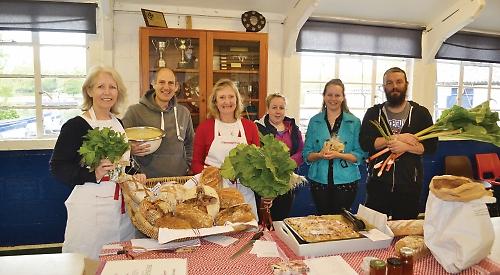 A food swapping event has relocated to Henley.

Apples for Eggs, which previously took place in Wargrave, held its first event at the Eyot Centre, off Wargrave Road.

Each item had to be worth about the value or six eggs or a jar of jam and no money changed hands.

Organiser Jessica Hayes said: “I think it was a good swap and it was lovely to see new faces. The idea is that if anyone who grows, bakes or preserves and has a glut of something then they bring it along then swap it with someone else who has a glut of something else. It means you’re not just giving away food, you’re getting something back. We hope to raise our profile and that more people will become involved.”

The event had been held at the Local Larder farm shop at Val Wyatt Marine in Willow Lane since 2013 but the shop has now closed.