Only swim for the beer 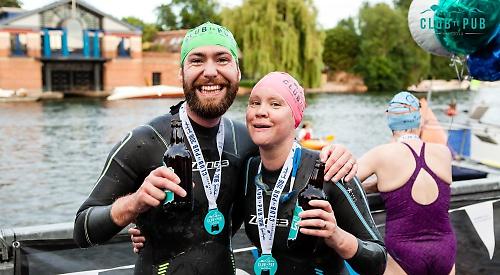 THE fourth annual Club to Pub Swim will take place next month.

They will start at Henley Rowing Club and swim upstream to Marsh Lock before turning round and finishing at the Angel on the Bridge pub.

The race starts at 7pm when the bells of St Mary’s Church chime and competitors must try to finish before the bells ring again at 8pm.

Brakspear, the Henley brewer and pub operator, is again supporting the event and has produced its commemorative Two Bells beer, made at its microbrewery in Bell Street. A bottle will be given to all swimmers who complete the course.

A party and barbecue for competitors and supporters will be held at the pub after the event.

Tom Davies, Brakspear chief executive, said: “We are delighted with the way the Club to Pub Swim has developed with a three-fold increase in the number of competitors and a growing reputation.”

Two Bells beer will be available on draught in pubs around Henley. For every pint sold, Brakspear will donate 10p to Sue Ryder.