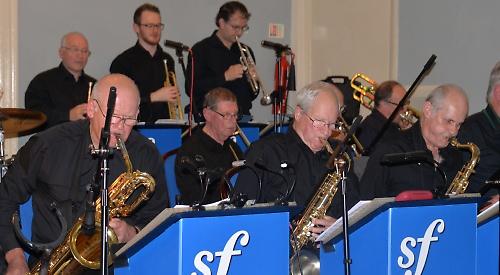 SIXTY people attended a dinner and dance in aid of the Royal British Legion’s Poppy Appeal.

The event, which took place in the main hall at Henley town hall on Saturday evening, featured music by the Soundforce Big Band and singers Mick Emblow and Lea Lyle.

They performed a mixture of Forties, Fifties and Sixties pop songs and jazz instrumentals.

Guests wore vintage party clothes and as well as dancing enjoyed drinks and pies provided by Craig Mee, former landlord of the Rose and Crown in New Street, who now runs a business called Pielicious.

Organiser Connie Butt said: “It went very well, although we were well down on numbers compared with previous years, which is a shame. I was worried that we wouldn’t make any money but we did and those who attended enjoyed themselves.

“The big band were fantastic and we would like to thank all the businesses that donated prizes.”