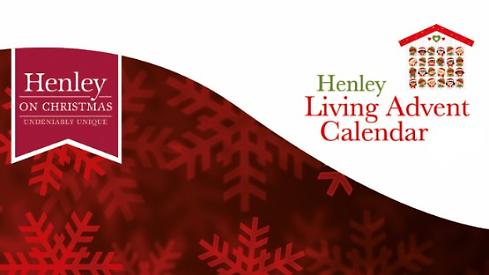 venues for this year’s Henley Living Calendar have been unveiled.

The seventh annual charity fund-raiser will mark the return of the Kenton Theatre and Henley Rugby Club and it will also visit the Bell and Hart surgeries.

Richard Rodway, who chairs the event, said: “It is great that we have got the continued support of the great Henley institutions which have been with us since day one, like Leander Club, Phyllis Court Club and the River & Rowing Museum.

“It’s fantastic to have the Kenton back this year. How can Christmas and shows not involve the Kenton?

“It is also great to be able to try the Living Advent at some new venues, like the surgeries, which I haven’t had the need to go to before.

“We are also back at the Henley Rugby Club, where we performed on the pitch under floodlights and are now going to be inside Corner 81, the clubhouse.”

The event involves 24 half-hour performances by singers, dancers and other acts each evening from December 1 to Christmas Eve.

The first 23 nights will each have a dedicated charity, which will be able to publicise its work and hold a bucket collection, while the Christmas Eve performance will raise money for the Mayor’s chosen benefactors. There will also be a nightly raffle with prizes.

Mr Rodway, a partner at the Head Partnership solicitors in Henley, said: “This year we have leaned towards some acts that have performed previously.

“There are a couple of new acts that we are really excited about but such has been the enthusiasm for the event and people wanting to do it again that we have shown loyalty and involved them again.

“Where it is the same acts, they will be in different venues, providing a different theme and experience.

“Part of the evolution of the event has been a greater emphasis on venues putting on a show themselves rather than us parachuting the acts in.”

Last year’s calendar raised a total of £5,200 over the course of the three-and-a-half weeks of festive entertainment, beating the previous record by £200.

This year’s venues are as follows:

5 Angel on the Bridge;

8 The Bull on Bell Street;