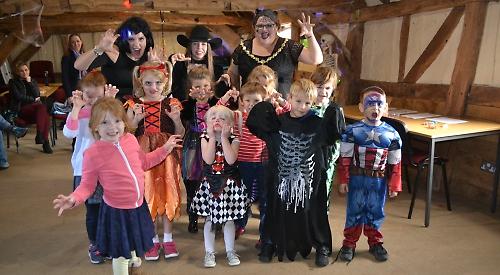 CHILDREN played games and had their faces painted as ghosts and ghouls at a Halloween party in Henley.

Mayor Kellie Hinton painted the children’s faces and gave them temporary tattoos. She said: “The party was fun. We would have liked it to have been a bit busier but those who came had a wonderful time. We also provided glitter tattoos, tealight holder making and colouring along with squash and biscuits.

“Thank you to everyone who supported the event, particularly Glen Lambert and his wife Anna who did a lot of the organising and whose idea Henley Halloween was.”

Tickets for the event cost £5, with all proceeds going to the Mayor’s chosen charities for her year in office, which are the town’s four state primary schools — Trinity, Sacred Heart, Badgemore and Valley Road.