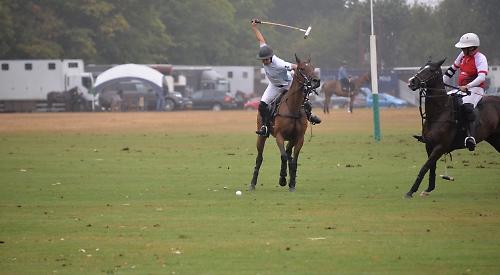 A POLO festival was held in Binfield Heath.

Dozens of people attended the event at the village polo club in Gravel Road where the highlight was the fixture between the home side Coppid Owls and HB Polo.

Other attractions included refreshments and bouncy castles for children.

The club has hosted a charity fund-raiser each year since 1994, when the club was founded by Lord Francis Phillimore and Toby Greenbury.

Pictured are one of the players and spectators, left to right, Adam Wesbroom with daughters Aurelia, six, Rosanna, four, and his wife Kate with Alyson Wright